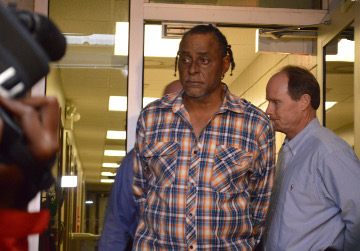 Guidry is one of two former public works supervisors charged with the crimes. Randle Davis Jr. was also charged and police are looking for him.

The charges also include two Port Arthur business owners who, according to police, profited from the stolen gas scheme that all four were an active part of and individually profited from in stealing from the city of Port Arthur. David Frank and Rabindra Nauth have been charged with engaging in organized criminal activity and aggregate felony theft.

Port Arthur Police Lt. Martin Blitch is credited for heading up the investigation.

The charges stem from a long term investigation in which more than $147,000 in fuel was stolen from the city of Port Arthur within the last year.

Neither Frank nor Nauth are in custody as of Monday night.