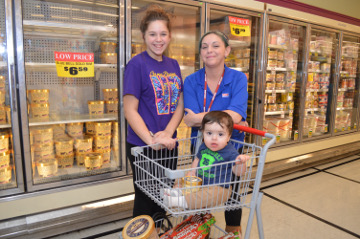 Locals scooping up the Blue Bell

GROVES — Blue Bell ice cream made a much anticipated return to local stores as happy customers scooped up containers of various sizes on Monday.

Bruce’s Market Basket in Groves was a busy spot for the ice cream fans.

Kenneth Bennett stopped by the store and grabbed three half-gallons of Blue Bell.

“I missed Blue Bell,” Bennett said. “I heard the guys at work talking about it the other day so I thought I’d come by and get some.” 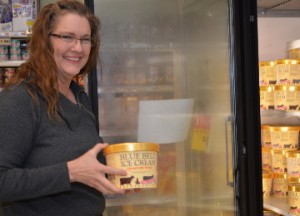 Kerrie Hilton grabbed some vanilla ice cream. She said she wasn’t one of the ones who drove to Houston, where Blue Bell was back on shelves weeks ago.

Becky Gaspard was also excited for some Blue Bell.

“I was waiting on it (Blue Bell),” Gaspard said. “I’ve been going through withdrawals but not enough to drive to Houston for it.”

Gaspard said she was playing cards with a friend and the friend’s husband had stopped in Nederland and bought some Blue Bell. Needless to say Gaspard rushed through the card game to get to the Blue Bell.

“We’ve been waiting for Blue Bell,” Tracy Mooney said. “He (Jaxon) gets to taste it or the first time.” 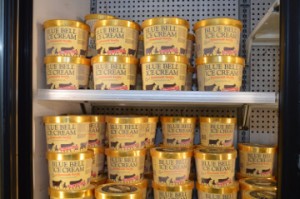 The store plans to keep the ice cream stocked up on a daily basis.

In April, Blue Bell recalled all of its products due to the potential of contamination. Work was done at the various Blue Bell facilities and a phased-in return to markets in 15 states began several months ago.

Special Weapons And Tactics team members go through intense training, putting their lives on the line to save others. SWAT... read more