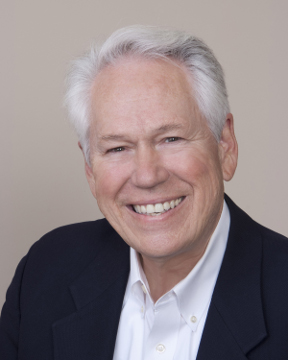 The award is presented to a person who mirrors the forethought and vision exhibited by Port Arthur’s founder when he saw potential for a thriving city built on the vast coastal area acreage.

“We are looking for a person that has visioning skills, leadership and has made a positive impact on the city of Port Arthur, Texas,” Bill McCoy, Greater Port Arthur Area Chamber of Commerce president, said.

Hayes said he was surprised to receive an honor named after Port Arthur’s founding father.

“If it were not for him, we would not be here,” Hayes said. “Not only was he a visionary, but he was very determined to have a port for his railroad and he privately built the channel from the Gulf of Mexico to Taylor Bayou and it was completed. I am very honored to receive this award.”

There is not a building in the city he does not know about,” McCoy said.

“Jeff’s impact on the community goes back to his family, his father and his brother developed much of the area around Jimmy Johnson. When his father passed away, Jeff took over, and he continues to work closely with economic development today,” McCoy said.

He is also active in Higher Education Foundation at Lamar State College-Port Arthur, the Port Arthur Rotary Club, and the Port Arthur Chamber of Commerce, where he is on the executive committee.

“He is so connected with the people of Port Arthur who have buildings and land. He is invaluable to the Chamber,” McCoy said. “If there is a building out there, Jeff can find it. He knows everybody. When it comes to land he is the expert.”

In addition to numerous economic development groups, Hayes has served as a board member for the Port Arthur Independent School District, a chairman of the Jefferson County Appraisal District and is past president of the Young Men’s Christian Association.

Hayes will be recognized during the annual Port Arthur Chamber of Commerce banquet scheduled for Jan. 12.