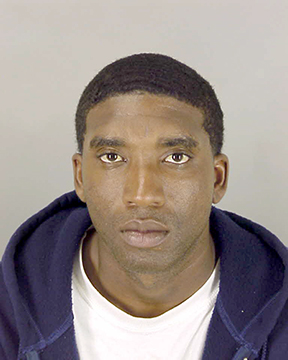 The Jefferson County Sheriff’s Office Fugitive Warrant Division is asking for the public’s assistance in locating an armed and dangerous fugitive. Donnie Ray Gilbert has been identified as the suspect in the aggravated robbery of the Country Corner Store on FM 365 on October 27, 2015. A warrant has been issued for his arrest. Gilbert, 28, has an extensive criminal history. He is 6-foot tall, 180 pounds and  may be driving a black 2014 Impala.

He is believed to be hiding out with the assistance of friends in the Beaumont Area. These individuals may not have knowledge that he is a wanted fugitive.  He should be considered armed and dangerous. No attempt should be made to detain him. Anyone with information on his location is asked to contact Crime Stoppers at 409-833-TIPS. They may remain anonymous and may be eligible for up to a $1,000 reward.

After airing the photograph of the robbery suspect on Crime Stoppers, the Jefferson County Sheriff’s Office Criminal Investigation Division was able to identify the suspect in the Aggravated Robbery that occurred yesterday, 10/27/2015. He is identified as 28 year old Donnie Ray Gilbert Jr. of Cheek Texas.

On 10/27/2015 at approximately 3:30pm an Armed Robbery occurred in the 9400 block of Hwy 365 at the Country Corner Store.  An unknown black male entered the store and walked around until other customers had exited the store.  Then he went to the cashier and went to purchase an item. When the cashier opened the drawer the suspect pulled a pistol and reached in and took an unknown amount of cash.  The suspect then exited the store and got into a newer black sedan and headed west to Fannett.

The suspect is considered armed and dangers do not approach the suspect and call 911.

Crime stoppers need your help in identifying the suspect responsible.  If you have any information about this crime call crime stoppers at 833-TIPS, and you could receive up to $1000.00 that leads to the arrest and conviction of the suspect.