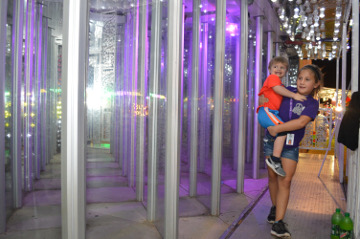 Over near a food area Michelle Han bought some fries and snacks for her sons, Colin and Corey.

“We come here every year, even if it’s raining. We run through the rain,” Han said, adding the family attends each day during the festival. “We’ve been coming ever since we moved here in 2010 from California.”

Han explained the boys had already ridden some rides and their favorite was the bumper cars. 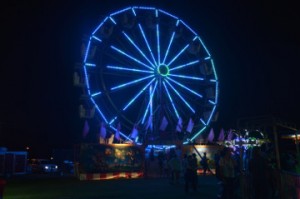 Across the fairway Jaidyn Porter carried Clayton Crorey inside the “Mardi Gras” Fun House with Katlyn and Emilia Williams not far behind. 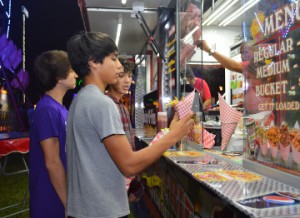 For more information about the annual festival, contact the Groves Chamber of Commerce and Tourist Center at 962-3631.

Benny, a precocious mini dachshund with a penchant for getting attention, is the subject of a new children’s book... read more