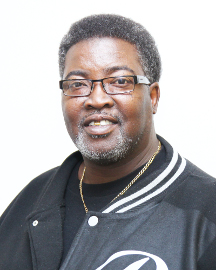 Trainer ready to be “new sheriff in town”

Street repairs, infrastructure and jobs head a list of issues Reginald Trainer believes are the most crucial to the city of Port Arthur.

He also believes he is the best of four candidates running for the unexpired Position 7 City Council seat to make improvements in each of the key areas.

Trainer said he realizes one person on the Council cannot effectively make the changes needed in a city. It takes the entire board working together.

“We have to work together as a team. One person cannot get it done, we have to compromise and work together with our city manager all for the betterment of Port Arthur,” he said.

Trainer, 57, is owner of Trainer Lock and Key, a business that has been in operation in the city of Port Arthur for 14 years.

Trainer said he has a tactic he would like to use for street repairs, but is not yet ready to disclose it. He does, however, have faith that the upcoming forensic audit will find funds for the city’s roads.

Tantamount to the city’s health is the need for Port Arthur residents to become employed with good paying jobs.

If elected, Trainer plans to talk with local industry about creating an on-the-job training program.

“Back in the day there used to be a program called on the job training. Everybody is not college material, or cannot go to trade school, some people got to go to work now to feed their families,” Trainer said.

Port Arthur, he said has five major refineries. If each refinery would hire five people, that would be 25 people working toward a job that pays $100,000 a year.

“We need jobs, we don’t need to see cars coming in and going out, get our people working first, everybody ain’t on drugs in Port Arthur, trust me,” Trainer said.

Trainer said he is aware voter turnout so far has been very low, but he has been at the early voting locations just the same to talk with people

“I’ve been having very interesting conversations with the voters,” he said.

Between now and Election Day Tuesday, Trainer plans to continue doing what he has done all along — knocking on doors and talking to people.

“I am the hardest working person on the campaign trail. I think I got something to say,” Trainer said. “I feel very good about this race. The first time I ran I got my feet wet, but I think we got this one. I just feel the vibe, and I am excited.”

Trainer said he hopes there will not be a runoff because that would cost the city more money.

“We are not looking for no runoff. We are looking for a win by a landslide. On November 3, Trainer is going to be the new sheriff in town,” he said.

Trainer is a graduate of Lincoln High School, a graduate of Balsa Locksmith and is a deacon at his church, St. Mark’s Baptist Church in El Vista, as well as a U.S. Navy Veteran.

He is also a wishful master with the Scottish Rite AF&AM True Vine Lodge 187.

Trainer is a member of the Voices of Brotherhood, a male chorus group comprised of Baptist churches in the Golden Triangle. The group raises money through some to pay for college scholarships for underprivileged youth.