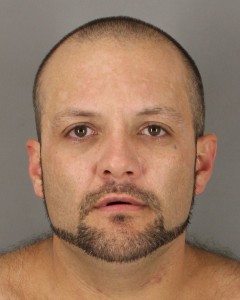 BEAUMONT — A Nederland man was arrested for unauthorized use of a motor vehicle and a drug warrant at a motel in Beaumont on Tuesday.

Beaumont Police followed up on a tip and found a stolen Ford truck and the suspect at the Heritage Inn, 2850 Interstate 10 east at about noon, Oct. 27.

The red Ford F-250 diesel truck had the wrong paper tag and was parked at the rear of the motel, according to a press release the Beaumont Police Department.

Officers ran the vehicle identification number and found the vehicle was reported stolen out of Beaumont.

The suspect, identified as William Jamie Isbell, was located in a motel room and arrested without incident. He was then transported to the Auto Theft Task Force where he made a statement regarding the truck. He was transported to the Jefferson County Correctional Facility and charged with unauthorized use of a motor vehicle and an outstanding Jefferson County Warrant for possession of a controlled substance.