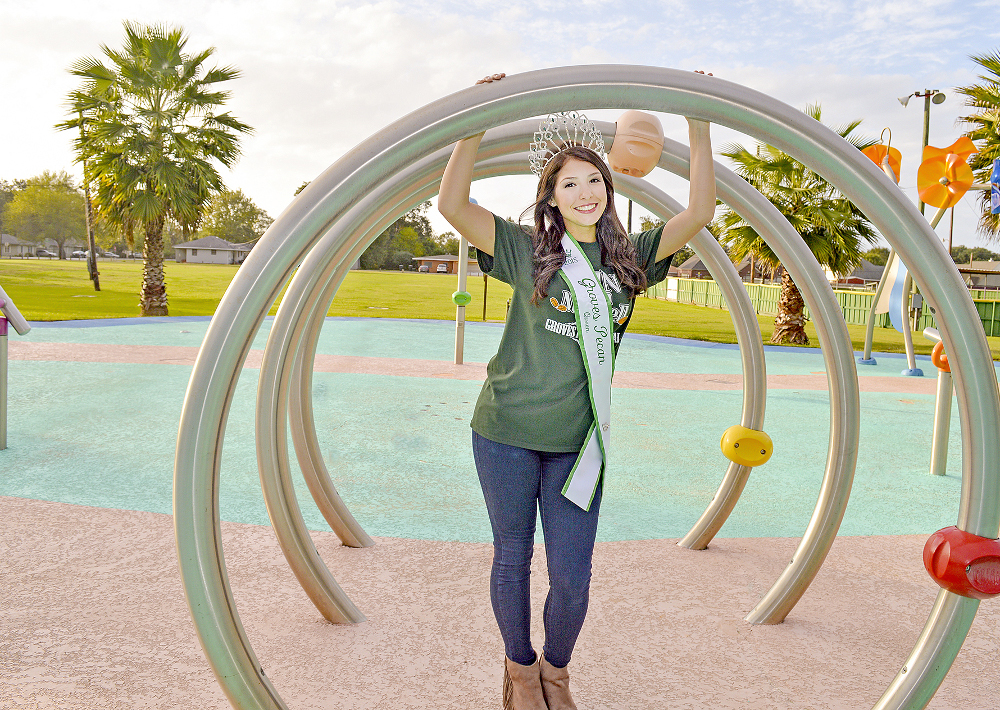 GROVES — Makinsey Chipman is proud of her little town and ready to take on the responsibilities of the 2015 Groves Pecan Festival queen.

“I’m ready and excited to do all of the things on my list,” Chipman said. “I’m proud of this little town — it’s so cute — and I’m excited for the festival.”

Chipman, 17, is the daughter of Greg and Dayna Chipman and a senior at Port Neches-Groves High School where she has been on the A/B honor roll for the past four years. She is also a two-year varsity cheerleader.

She started in pageants because her mother wanted her to have that special experience in life.

“My mom always wanted me to be in the pageant and it allows time for us to bond,” she said. “She gets me prepped for everything.”

Makinsey Chipman was determined to win the crown this year, her last eligible year to compete in the pageant. She worked on interview questions and other means of preparation, then decided she would approach the pageant very differently this time.

“She said, ‘Mom, I want to have fun no matter the outcome,’” mom Dayna Chipman said. “She had the best day ever.”

The mother-daughter bond is strong between the two. Mom Dayna Chipman took part in the CavOILcade pageant 30 years ago and daughter Makinsey was in the pageant this year. The mom still has her CavOILcade pendent which is gold and the daughter has one as well, which is silver.

Dayna Chipman also introduced her daughter to helping others via volunteerism at the Hospitality Center in Port Arthur. It is something Makinsey Chipman has continued to do on a regular basis.

“She and I went years ago when she was younger. She was surprised the people there are not what one would think of as typical homeless persons. They are people in need at a certain point in their life,” Dayna Chipman said.

Makinsey Chipman described the center as being ‘like family.’

“When I’m there I see people who are like family,” the queen said. “For me, it’s about giving and not getting anything in return. It makes me happy.”

Volunteering at the Hospitality Center also helped Chipman with her culinary skills — she learned how to make spaghetti from one of the other volunteers.

Chipman also enjoys volunteering for Adaptive Sports for Kids, a non-profit organization that provides year-round sporting opportunities for children and young adults with physical or mental disabilities, according to the A.S.K. website.

“I’m proud of her for everything she’s accomplished and proud she continued to take part in the Pecan Festival Pageant,” Dayna Chipman said.

When she’s not studying in school or cheerleading she enjoys hanging out with family and friends and is “addicted” to fishing with her dad, Greg Chipman. The father and daughter fish at Rayburn and the Neches River, she said.

Chipman is ready to take part in the upcoming Groves Pecan Festival, which will be held at new dates this year — Nov. 5-8 at Lion’s Park.

“I’m super excited for this year and what’s to come,” Makinsey Chipman said. “Always follow your dreams because dreams do come true.”