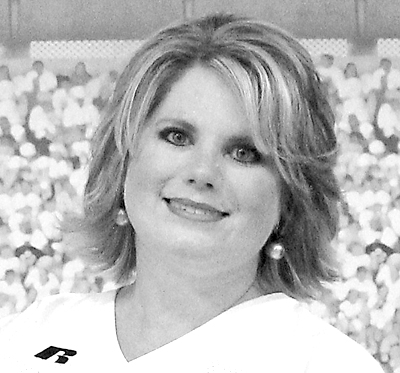 Summer fun that is lasting into fall and every day of the year is possible thanks to you (United Way donors) and the United Way of Mid & South Jefferson County.

This past spring the United Way volunteers visited the Port Arthur Salvation Army as part of their grant review process for the agency. The volunteers spend time visiting with each organization that seeks funding each year. While at the Salvation Army the volunteers noted that the basketball court was in dire need of repair. The court was the slab of a previous building and while it served the purpose for shooting hoops a true basketball game would have had been difficult.

During the last six years the United Way has focused on the three building blocks to a better life: Education, Income and Health. A harsh reality of the Health focus is that diabetes and obesity have taken aim at our children. As a parent, one of the challenges is getting kids away from technology and outside. As kids (let’s not count how long ago) we would play in the dirt and sun for hours and be happy, filthy and healthier. Today kids have cell phones, Xbox and other techy things that offer amazing graphics and interaction without need of other kids or sunlight. Being tech literate is vital but a balance is key to a healthy lifestyle. Keeping the needs of the children and the challenge of engaging kids in healthy activities on the basketball court continued to weigh on the minds and hearts of the volunteer committee.

After the volunteers learned that a grant from another organization for the repairs on the Salvation Army Basketball court was not funded they decided to find a way to help. During the annual Community Investment Grant deliberation the volunteers decided to address the basketball court. They allocated up to $10,000 for the repair of replacement of the court and goals.

Days led into weeks with the Salvation Army and United Way staff working together on the basketball court. As the court soon as the court was complete the kids in the Boys & Girls Club and from the neighborhood got outside and active. The basketball court was resurfaced for less than the grant so the United Way Board voted to continue the support of the Boys & Girls Club with sponsoring the summer program supply list. The supply list included outside play, inside play, craft supplies, snacks, and water play items. The majority of the items will last years creating hours of play for the Salvation Army and most importantly for the kids!

Researchers report that those who are active at an early age have an advantage against childhood obesity and diabetes. The Boys & Girls Club is filled with laughs and smiles as they take a stand to help our kids prepare for healthy and long lives. With cold fronts in the weather and leaves turning, it is great to see kids still outside enjoying the basketball court, sports equipment and an active life.

The United Way of Mid & South Jefferson County helped provide 5, 384 kids in Mid & South Jefferson County with mentoring opportunities this past year. That was not accomplished by the organization – it was possible because of the community. When you give to the United Way through payroll deduction or as a direct donation you are becoming a part of the solution for the challenges of our community. In this case the solution meant supporting the Salvation Army with helping kids get active and healthy.

You can learn more about the United Way of Mid & South Jefferson County and become a part of the solution by visiting www.unitedwaymsjc.org

Janie Johnson is executive director of the United Way of Mid- and South Jefferson County.