Chiefs’ Charles out for season 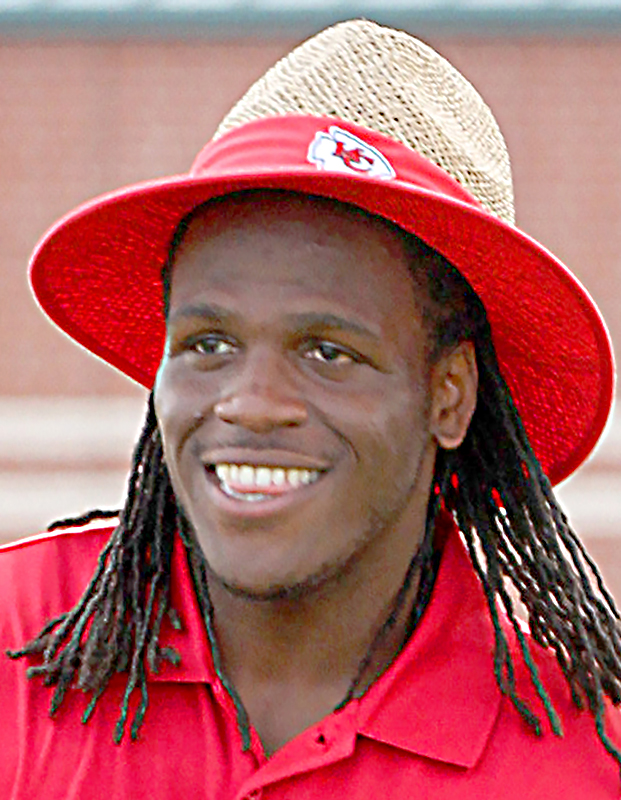 Coach Andy Reid feared the worst about his star running back, and an MRI confirmed it Monday.

Running back and Port Arthur Memorial alumnus Jamaal Charles will miss the rest of the season with a torn right ACL he suffered in Sunday’s 18-17 home loss to the Chicago Bears, the Kansas City Chiefs announced Monday.

On a third-quarter carry, Charles, an eighth-year pro from the University of Texas, made to cut to his left, and his right knee appeared to give out soon after he planted that leg to make the cut. Charles fell down before a defender could actually tackle him.

“Charles is one of the tougher guys in the NFL,” Chiefs running back Charcandrick West told the website Sunday, “so I’m thinking he’s going to get up. But to see that, it brought tears to my eyes.

“It’s heartbreaking to see one of my friends go down, my brother go down.”

It’s not the first time Charles missed a significant portion of a season due to injury. He missed the final 14 games of the 2011 season after tearing his left ACL.

Preliminary tests revealed that Charles had suffered the same injury to his right knee, according to KCChiefs.com.

Charles has 7,220 career rushing yards, according to the Chiefs. His 5.48 yards per carry ranks first in NFL history.

Kansas City, which led 17-3, had 71 yards on the opening second-half drive before Charles went down with the injury and mustered only 52 yards after that. Charles finished the game with 58 yards on 12 carries.