Cooking chili for a cause; Wheelhouse Chili Cook-off to benefit PNFD 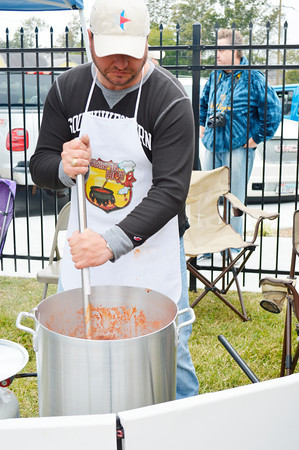 A scene from the Neches River Wheelhouse benefit chili cook-off at the restaurant on Saturday, Nov. 15, 2014. Proceeds from this year’s event will benefit the Port Neches Fire Department. Mary Meaux/The News

PORT NECHES — There may not be a chill in the air but there will be chili in bowls on Saturday.

The chefs will do all the work on site and patrons can pay $5 for a cup for sampling and vote on their favorite chili.

The chili cook-off is about more than bragging rights and a trophy. Lance Bradley, one of a group of investors who own the eatery, said this year proceeds go toward the Port Neches Fire Department.

Port Neches Fire Chief Steve Curran said the department has a group of firefighters who are part of a team that perform these specialty rescues. Examples of high-altitude close proximity incidents include a rescue off of a ship on the Neches River as well as rescuing people form water towers and industrial towers.

“We are excited to be part of the Wheelhouse Chili Cook-off,” Curran said. “And my guys are really proud of their own chili and will be competing in the contest. They’re over here bragging and talking smack.”