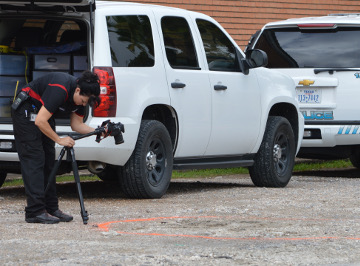 A police department official collects evidence in a murder investigation in the 4200 block of Gulfway Drive on Tuesday. Mary Meaux/The News

Port Arthur Police have identified, but not released, the name of a murder victim whose body was found behind a business Tuesday morning.

The victim, believed to be in his 40s, was found by a deliveryman behind Royal Furniture, 4221 Gulfway Drive, about 8:30 a.m. Sept. 29. The deceased had been shot at last once, PAPD Maj. Raymond Clark said. 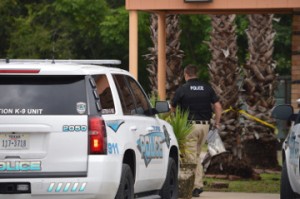 A Port Arthur Police officer walks toward a crime scene behind Royal Furniture in the 4200 block of Gulfway Drive. A man was found shot to death behind the business around 8:30 a.m. Tuesday.
Mary Meaux/The News

PAPD cordoned off areas on each side and behind of the building as investigators gathered evidence. At least four nearby businesses have surveillance video that police are sorting through. 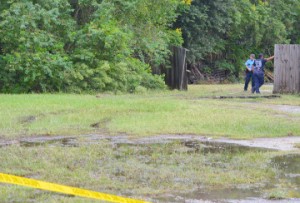 Crime scene tape marks off an area adjacent to and behind Royal Furniture, 4221 Gulfway Drive, on Tuesday where a homicide victim was located.
Mary Meaux/The News 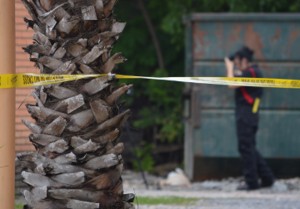 A police department official takes photographs during a murder investigation in the 4200 block of Gulfway Drive on Tuesday.
Mary Meaux/The News 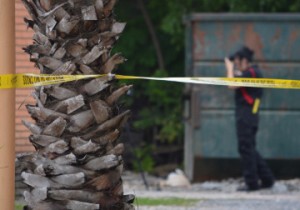 Justice of the Peace Marc DeRouen was called to the scene the name of the victim has not been released pending notification of next of kin.

As one group of police investigated the initial crime scene another group closed down a small section in the 4000 block of Gulfway Drive near Oak Avenue for what they believe was a related shooting. 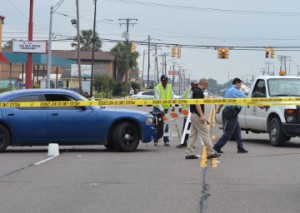 Port Arthur Police investigate a shooting area as city employees prepare to barricade the area off in the 3900 block of Gulfway Drive on Tuesday.
Mary Meaux/The News

Clark said a man went to a local hospital with a gunshot wound to the forearm around 11:30 p.m. Monday night. The man was transferred to to Hermann Memorial Hospital in Houston where he underwent surgery. He is listed in good condition as of Tuesday night.

“We will speak to him tomorrow (Wednesday) about his involvement,” Clark said referring to the fatal shooting.