Memorial’s Williams takes over when necessary 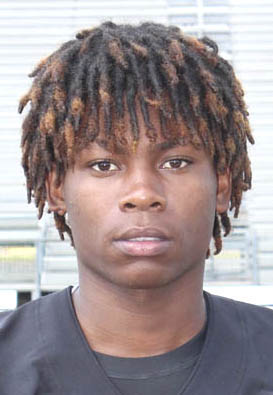 Port Arthur Memorial football coach Kenny Harrison developed a quarterback plan for the Richmond George Ranch game.
He wanted his son Kadon and senior Kevin Williams to rotate under center, giving the latter more snaps in the second half to prepare for District 21-6A play. Memorial had already struggled with three early turnovers and was headed for a shutout loss when Williams put the Titans on the board with 5:15 left.
“I did all right, but we didn’t get the win, so I don’t think I did all that good,” Williams said.
When he’s not relieving Harrison under center, Williams is playing a role in the Titans’ secondary, which has held opposing offenses to fewer than 800 yards passing.
“It all starts in practice,” Williams said. “Run to the ball and do everything right in practice.”
Memorial (1-4, 0-1 in District 21-6A) has lost three straight and will need good practices to carry over into Friday’s homecoming game against Deer Park. The home date comes at a much-needed time for the Titans, who are also seeking their first win at Memorial Stadium this season.
Williams, a third-year varsity player, expects an emotional game.
“A lot of intensity, a lot of flying around, looking for the play-action,” he said.
Kenny Harrison devised his QB plan after Kadon sustained a concussion the week before at Houston Lamar, relying on Williams’ leadership to try to give the Titans a boost. Williams had a good rushing game but completed only 1 of 2 passes for 33 yards.
“Kevin’s an intelligent kid, a smart kid,’ the coach said. “We knew he’d be able to step in and handle the job.”
Williams’ experience defensively has been key for a secondary that returned just one starter from last season in Kary Vincent.
“Kevin’s been a consistent leader for us in the secondary,” he said. “He’s been a tremendous leader.”
The Titans’ defensive backs will have their hands full Friday night against a Deer Park offense that’s one of only three in 21-6A to throw for more than 1,000 yards this season. Overall, the Deer’s 444.2 total yards per game rank second out of seven teams.
Plus, Memorial will need its best defensive effort overall, having given up 24 or more points in each game this season, to have a shot at a happy homecoming. Williams is looking forward to leading the way.
“We’re just ready to play,” he said.