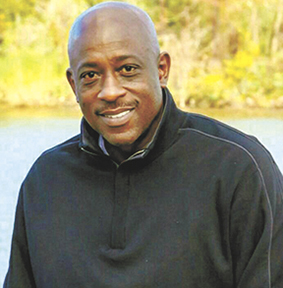 Whether political, financial, or personal concerns factored into the decision, the Port Arthur Independent School District board of trustees voted to eliminate the district’s executive athletic director position Thursday night, beginning with the 2016-17 school year.

That means the position created for legendary Texas High School Basketball Hall of Fame coach Andre Boutte will be terminated at the end of the current school year.

Acting on the proposal of board Vice President Robert Reid, trustees voted 6-1 with one absentee to have a boys and a girls athletic coordinator to take over the duties and receive a stipend starting in the 2016-17 school year.

Boutte, who has occupied the position since 2009, has an annual salary of $92,000. He was unavailable for comment.

Another Hall of Fame basketball coach, James Gamble, felt the move to eliminate Boutte’s position was quite political.

“They said I was not based on coach Boutte’s performance or the fund balance. I just think that was a copout. … I don’t think it’s going to be good for the student-athletes.

“The district needs to maintain a person who is knowledgeable on the UIL rules, and I’m not only disappointed but hurt because they recruited Andre. I was interested in the position when it was created. So was [former Thomas Jefferson and Memorial head football coach Ronnie] Thompson.”

Gamble and the overwhelming majority of the PAISD community arguably had very little awareness before the board meeting agenda was released this week that the elimination of an executive athletic director was strongly being considered.

Reid told KBMT-TV that the district could no longer justify the cost of an athletic director with only one high school. But the remarks of board President Thomas Kinlaw III and Superintendent Dr. Mark Porterie seemed to differ with one another.
Kinlaw indicated that discussion of eliminating Boutte’s position had “not been going on a long time.

“We have to repay Valero $30 million and we have to look at the whole financial aspect of the district,” Kinlaw said. “I think coach Boutte is one of the best coaches in the state, but we had to consider our financial position, because we are a one-high school district.”

Porterie did not directly contradict Kinlaw, but he said the elimination of the position was not a matter of finances.

“It’s a management issue,” the PAISD schools superintendent said. “It’s not a matter of finances. We’re always looking at ways to save money.

“We’re always looking at ways to streamline things and make them better. We’re going to assign the duties to two of our coaches.”