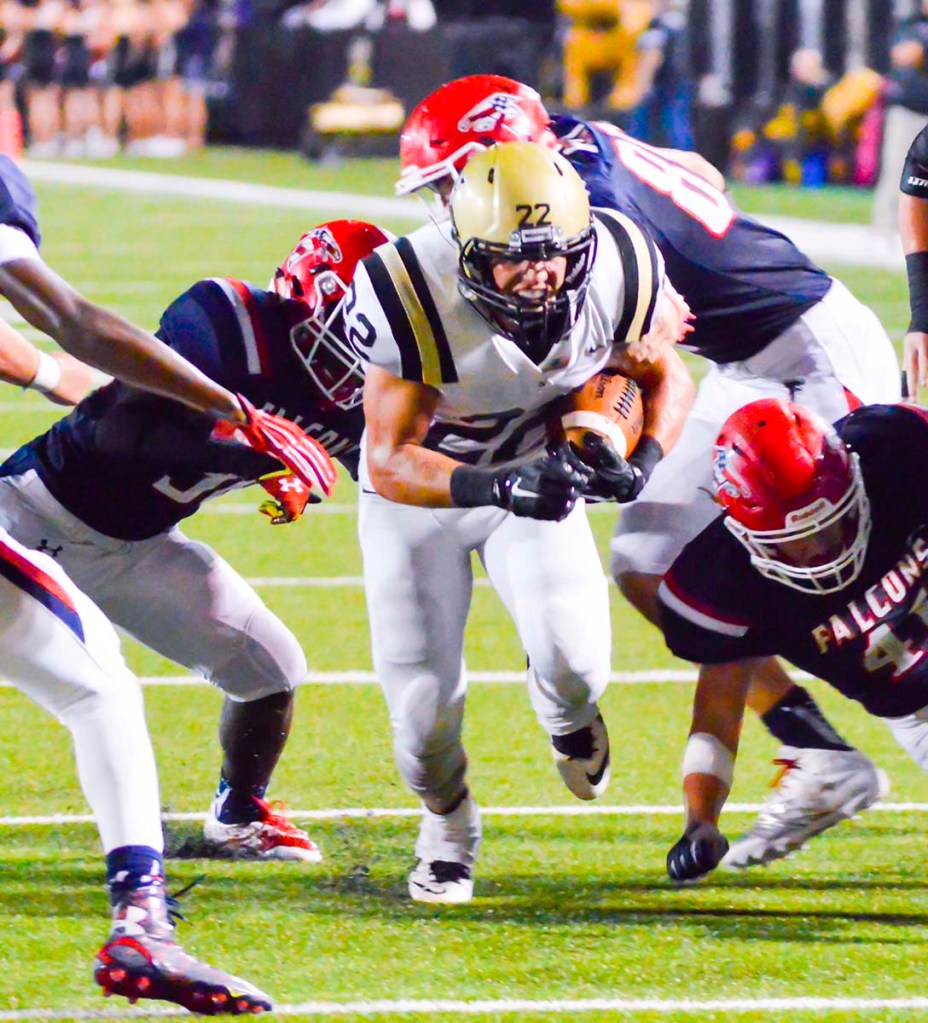 Nederland football coach Larry Neumann gave a look as if he was trying to understand the question: Who did the Bulldogs share the District 22-5A championship with last season?

He answered: Beaumont Central. He added: “It’s irrelevant to this year.

What isn’t easily forgotten in 22-5A circles is that Nederland has won or shared the district title the past four years.

Regardless, as Neumann would have it, the Bulldogs of 2015 are trying to chart their own championship trail. And the trail begins tonight at Bulldog Stadium against Jeff Matthews’ Pirates.

Many can expect Vidor (1-2) to rely heavily on the rush out of the Slot-T formation. Through two of their games recorded in 22-5A statistics [their loss to Channelview is not included], the Pirates have rushed for all but 15 of their 867 total yards. Matthews said the Pirates like to throw 10 to 12 times per game.

“It’s not that we hate throwing,” Matthews said. “With our personnel, we try to shorten the game. We try to keep the opponent’s best players off the field.”

Even after the two counted games, Blake Rowe

The Pirates are very deceptive and physical with their style of offense, Neumann said.

“We know exactly what to expect from them regarding their scheme, how disciplined you have to be, how physical you have to be to even slow it down,” he added. “They’ve been very productive against us with that scheme. They have our full attention because of their type of scheme.”

The Bulldogs, who were off last week, are going for their second consecutive win after a 0-2 start. They’ve taken a stronger heed to Neumann’s message of consistency in play as the weeks have gone by.

“We started to do more things right, more consistently,” he said, “starting to do things with a better motor.”

It’s all a formula this edition of Bulldogs will rely on as they begin their own district run — or as some hope for, a continuation of prominence in 22-5A.