Looking back at Hurricane Ike 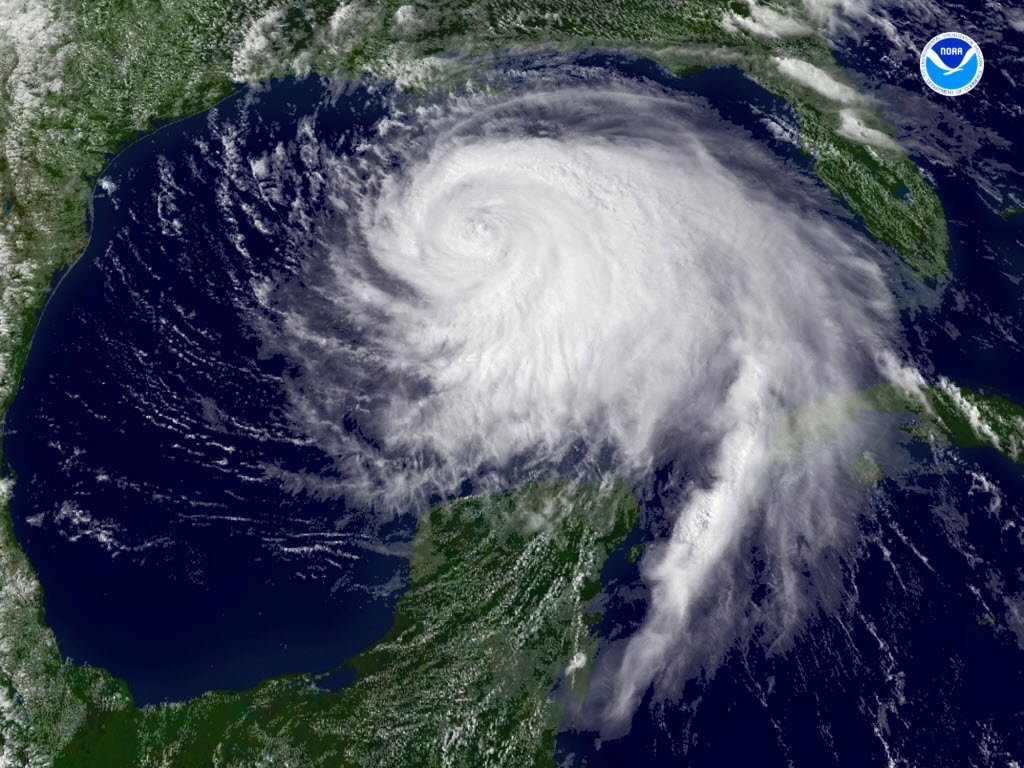 This Sept. 11, 2008 file satellite image released by NOAA shows Hurricane Ike over the Gulf of Mexico.

Seven years have passed since deadly Hurricane Ike laid waste to portions of the upper Texas coastline, washing away homes from the Bolivar Peninsula to Sabine Pass to Bridge City.

With the death and destruction of Louisiana’s Hurricane Katrina and Texas’ Hurricane Rita in 2005 in hindsight, emergency management officials were better prepared for Ike which struck Galveston Island in the wee hours of the morning on Sept. 13, 2008.

Ike, with an eyewall 30 miles wide and large enough to cover most of the Gulf of Mexico, was a game changer.

The Saffir-Simpson scale was changed because of Ike.

“Rita was only 5 mph stronger than Ike when it made landfall but Ike was larger,” Landreneau said of Ike’s 110 mph winds at landfall. “You have to account for winds and strength and the bigger and stronger the storm the worse the storm surge.”

Forecasters had a good idea there would be major flooding with Ike.

Tides hit record levels, he said. A new tidal gauge had recently been placed in Sabine Pass. It registered more than 14 feet in the small coastal community.

But the signs of the dramatic flooding were there way before the storm ever hit.

“We saw a three foot bulge (of water) in Sabine Lake 24 hours before Ike made landfall,” the meteorologist said. “We saw it coming up the coast, saw it in southeast Louisiana, then south Louisiana, the southwest Louisiana. It took two hours for it to reach from Cameron to Sabine Pass. We found a video at a Cameron school that had time lapse. It showed the water coming across the football field and it was still sunny at the time.”

Every hurricane is different, Landreneau added.

“Both Ike and Rita came in and were the worst scenarios we could get for our part of the country, basically trapping all of the water from the east then it had no place to go. It bulged up and outward then inland.”

On Aug. 31 mandatory evacuation was called in Jefferson and Orange counties as Hurricane Gustav threatened the Gulf Coast. Gustav changed its path a bit and struck Cocodrie, Louisiana about 70 miles southeast of New Orleans as a strong Category 2 hurricane on Sept. 1.

The Gustav evacuation led to some apathy as well as drained pocket books of many so when the evacuation for Ike was called some decided to stay.

“The evacuation for Ike were ok and most citizens did adhere to the mandatory evacuation orders however, due to the recent evacuation with Gustav, just weeks prior many citizens frankly were not able to evacuate,” Port Arthur Police Maj. John Owens, who is also emergency management coordinator in the city of Port Arthur, said. “We had numerous citizens that could not evacuate for various reasons of their own such as no transportation or no destination to go to in the event of an evacuation. We ended up with approximately 2,200 citizens from Port Arthur who left by way of emergency transport by the State of Texas to predetermined evacuation shelters inland.”

First responders and city workers returned to the city the next day as tropical force winds and rain were still pounding the city and water covered Sabine Pass.

Owens was one of the groups who returned to assess the city and was accompanied by representatives of the petrochemical industry.

After critical infrastructure was checked came time to get all major thoroughfares passable. The came the slow process of getting city services back in working order while working with Entergy and Texas Gas Service who also had major work to do.

Taylor Shelton, director of public works for the city of Port Neches, noted the difference between 2005’s Hurricane Rita and 2008’s Hurricane Ike.

Between Rita and Ike the city of Port Neches had applied for federal grants for various upgrades — storm shutters, generators, roofs that withstand 150 mph winds.

“Everything was up and running two weeks before Ike came in,” Shelton said. “This storm was different because it was more water and storm surge.”

Sabine Pass, which was decimated by Rita, was pretty much under water again. The school, which is the hub of the community, once again became the go-to place.

Landreneau explained that as Ike trekked over Galveston areas on the right of the storm were the worst hit.

“The highest storm surge was from Gilchrist eastward to Sea Rim State Park and many people remember seeing the one home left standing in Gilchrist on the Bolivar Peninsula,” Landreneau said.

There was the storm surge and a secondary storm surge that pushed the waters of the Gulf of Mexico inland destroying the state park and leaving marsh grass hanging from the few telephone poles that were left standing.

Kristi Heid, who was principal at Sabine Pass School and is now superintendent, lost her home located across the street from the campus.

Alligators and snakes were common, as were the swarms of swamp mosquitoes and it seemed as if everything was caked in mud. Extreme Home Makeover TV show had come in and rebuilt the school auditorium after Rita — even this was destroyed.

The town’s fire station was also lost and firefighters temporarily used the school’s bus barn for their equipment and a portable building was the makeshift station. A new fire station built to specific code was completed in 2013.

The town came back as well with homes being constructed on pylons and looks today much like a beach town community.

More than 95 percent of homes in the city of Bridge City were also destroyed or heavily damaged. Of the approximately 3,400 homes in Bridge City only about 16 were inhabitable after Ike.

Bridge City High School was the only school in the district that did not flood and Harrison made sure students would have a full school year. Classes resumed within a month of the hurricane and students received free lunches during the first weeks as the parents were dealing with their own issues.

Thibodeaux worked to establish a command center where water, tents with cots and, portable toilets and more were in place for volunteers coming in to assist.

As Landreneau said, ‘no hurricane is the the same.’

Port Neches did not see extensive damage like its coastal neighbors but did see some damage and is located on the Neches River.

With that in mind Port Neches, like other surrounding cities, worked to put generators in place. The new city hall is elevated 28 feet to withstand storm surge and the building can withstand 150 mph winds.

There is also a state-of-the-art emergency operations center that the city, and other cities, can use is necessary and the newly built fire station in Port Neches can also serve as an EOC.

“We have had a lot of practice, not that we liked practice,” Shelton said.

A large portion of any hurricane recovery is funding. The Federal Emergency Management Agency, or FEMA, has strict guidelines and requirements and some local cities are still dealing with the FEMA red tape. In August, 2009, FEMA announced Hurricane Ike Disaster funding had topped $2.5 billion in Texas.

More than $530.5 million went to individuals for housing and another $118.5 for other needs assistance. Debris removal came in at $588.7 million, repairs to roads and bridges, water control facilities, public buildings, public utilities and recreational and other areas came in at $237.9 million and $509.8 million went for emergency protective measures. Another $8.5 million went to grants for state management costs and the Small Business Administration approved $635.8 million in low-interest disaster loans for homeowners, renters, businesses of all sizes and private nonprofit organizations, according to information from FEMA.