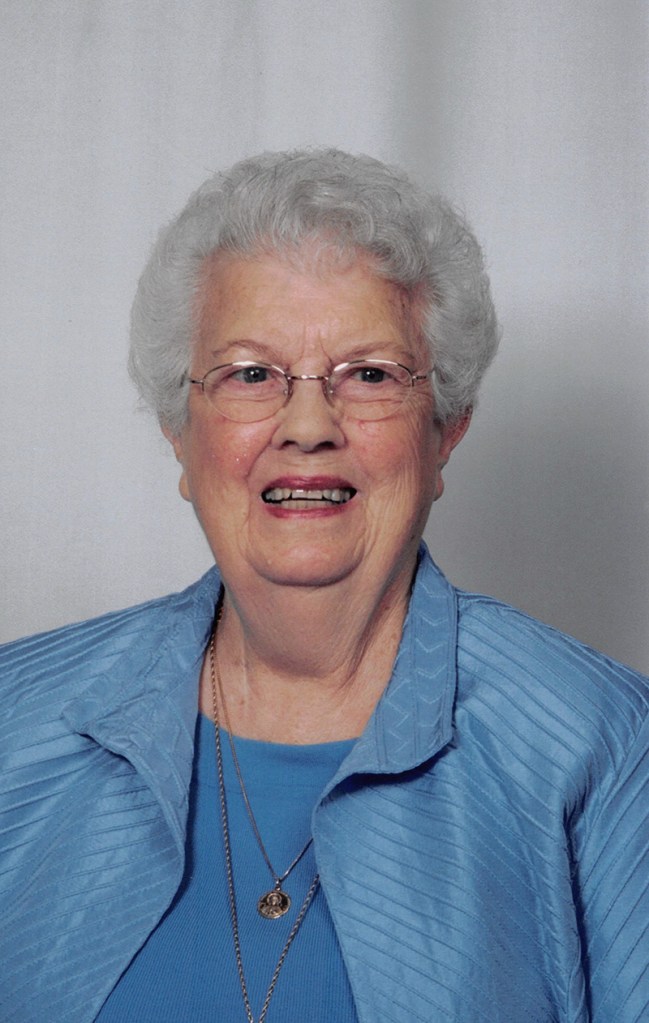 The city of Crowley lost one of its senior citizens and long-time residents on Friday, Sept. 11, 2015 at 2:45 p.m. A native of Avoyelles Parish, May Gremillion Firmin was born in Marksville, LA on May 5, 1918.  She graduated from Marksville High School, then attended boarding school at Sacred Heart Academy in Grand Coteau, where she earned a degree and teaching certificate in 1937.  While teaching first grade in Fifth Ward, she met and eventually married a fellow faculty member, Sam Firmin, also a native of Avoyelles Parish.

May and her husband traveled extensively during his military service, living in Kentucky, Tennessee, Oklahoma, Kansas, and various parts of Louisiana.  In 1957, they settled permanently in Crowley, where she supported her husband’s career as County Agent of Acadia Parish.

The consummate homemaker, Mrs. Firmin devoted herself to her home and family.  She was an excellent cook and a nurturer at heart.  She worked willingly behind the scenes of activities involving her husband and children.  And she nursed her husband through several health crises, including his final illness in 1994.

In addition to serving her family, she actively participated in activities at St. Michael Church and School.  She belonged to the Altar Society, Catholic Daughters, and a Bible Study group.  She served as secretary of St. Michael Parents’ Club and was employed as a faculty member and substitute teacher at St. Michael Elementary School.  For many years, she rendered service to St. Michael Parish as a volunteer in the church office, maintaining records and handling filing and other clerical duties.

In addition to her husband, Mrs. Firmin is predeceased by her parents, Lola and Eddie Gremillion, and siblings, Rita Riddle, Richard Gremillion, Joseph Gremillion, and Joan Gremillion, all of Marksville, and her sons-in-law, Eddie Ruddock of Crowley and James Tordoff of Pineville, LA.

The family would like to offer sincere thanks and special recognition to Mrs. Firmin’s caregivers, Deanna Savoy and Danielle LeBoeuf, who cared for her with patience and devotion.

Serving as lectors will be Kelly Brantley and Emily Roarty. Altar server will be Brandi Rourk.  Gift bearers will include granddaughters and great-grandchildren.

Words of comfort may be sent to the family at www.geesey-ferguson.com