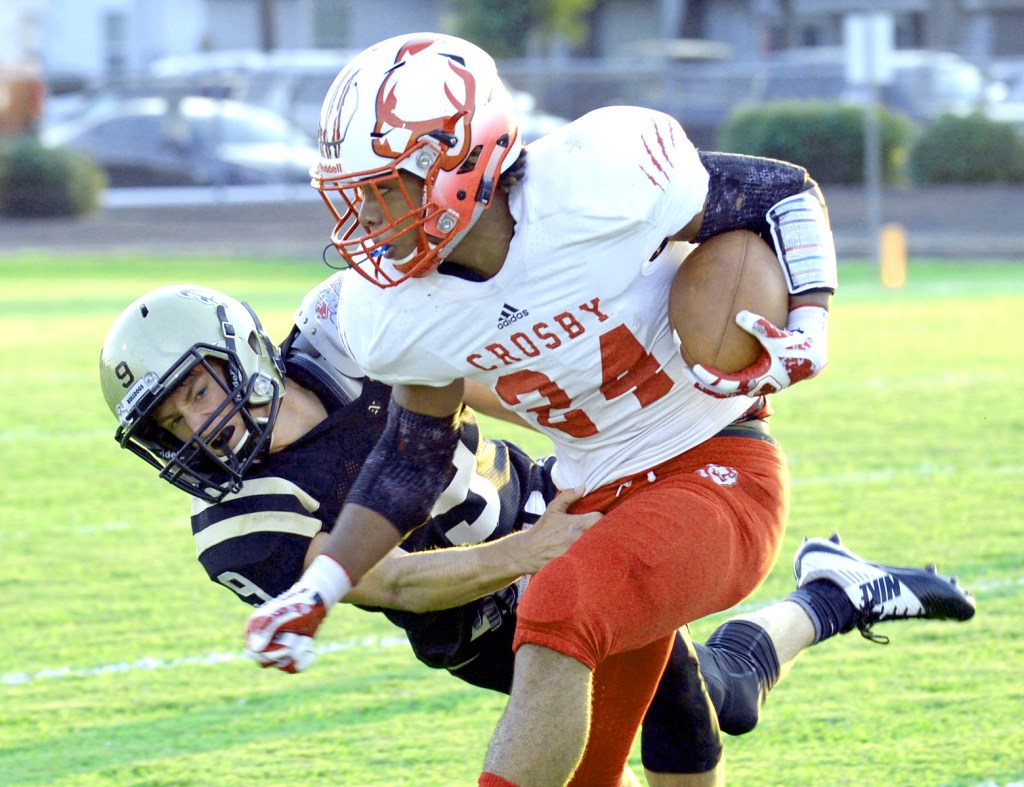 NEDERLAND — Nederland coach Larry Neumann was very consistent on what he is looking for this week from his Bulldogs.

There was no inconsistency in his demands.

“Consistency is our biggest enemy right now,” Neumann said. “”We happen to be playing Clear Lake this week but we are determined to get more consistency.”

Neumann said it is up to him to try and find a way to get his Bulldogs players to perform better for a full 48 minutes. How he does that, he is not certain. Is there a secret formula to get more consistent play out of the Bulldogs?

“I don’t know if I know it,” Neumann said. “I guess I haven’t coached long enough to figure out what you do. I know this, the only way I know how to coach is to go to work. We don’t have a magic formula and our kids know that. We have had teams before start off slow for a variety of reasons. All I know how to do is go to work.”

A picture perfect example of just how inconsistent the Bulldogs have been to start 2015 came in last week’s 55-41 loss to Dayton.

The Bulldogs scored five first half touchdowns against the Broncos and even took an early 14-0 lead behind scores from Austin Krautz and Connor Perkins.

“At times we score five touchdowns in the first half and then bog down and don’t get it done,” Neumann said. “There is inconsistency there.

“Defense, it is the same thing. We need to get people off the field when we get them behind the sticks. We targeted that last week and then we were worse against Dayton than we were against Crosby. We have played good defense at times but we have not played good enough defense to get it right on the scoreboard.”

Dayton’s offense put up 479 yards against Nederland, 290 rushing and 189 passing. The Bulldogs did not force a turnover, a week after coming away with three against Crosby.

The kicking game has not been immune to the diverse play in Neumann’s mind.

“We are inconsistent there, too,” Neumann said. “We make a long field goal and then we miss one. We have been good in the kickoff game and then we are not good at kickoffs.”

This week the Bulldogs face a team in the Clear Lake Falcons that is 1-1 on the season. Clear Lake opened the season with a 52-0 loss to Port Neches-Groves and then had a 38-34 win over Pasadena Rayburn.

NOTE: Clear Lake coach Sam Smith Jr. could not be reached for comments.

• Nederland coach Larry Neumann: “It is a little frustrating we have had a diversity of play. It is enough to where if we were consistent we would be a pretty good football team. We have certainly done enough negative on both sides of the ball, especially on defense, that has a cause for concern. We can’t ever take a practice or a rep off. If we come out here and go through the motions, then we guarantee ourselves we will not get better. The quarterback (Will Smith) is the coach’s (Sam Smith Jr.) son, so he is allowing him a lot of liberty to throw the football. Nothing in their previous games is more important than how we play against them. We have to focus on ourselves. They throw the football a lot and spread you out. Defensively they (Falcons) were exploited primarily by Port Neches-Groves, but PN-G will exploit a lot of people. Our goal is to win the game. This last game before district is really about our team and which direction we are moving in. I am not certain we moved in the right direction last week.”