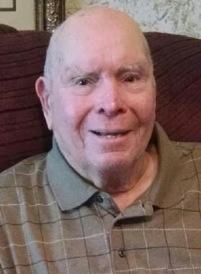 James Ebanks Howell passed away at home surrounded by his children on Friday, September 4, 2015.  He was best known to most as Howell.

Howell was born on September 20, 1921, to Calvin and Ida Ebanks of West Bay, Grand Cayman, B.W.I.  He married his devoted and loving wife Marrie Borden Howell of Mount Pleasant, Grand Cayman, B.W.I., in 1949.  Howell and Marrie moved to Port Arthur, TX, in 1950 where their five children were born and raised.

As a young man during WW II, Howell joined the Trinidad Volunteer Marine Corp as a signalman.  Years later he worked as a merchant marine for Texaco and retired as captain in 1981.  Captain Howell loved gardening, being outdoors, and telling stories (some more truthful than others) of his life.  He was also a devoted Dallas Cowboys fan.

He is survived by his son, Dennis Howell (wife Sandy Norris Howell) of Nederland, daughter Ida Howell Ross (husband Ridley Ross) of San Antonio, daughters Avis Howell and Edith Howell both of Beaumont as well as numerous nieces and nephews.  Pops, as he is called by his grandchildren, is also survived by: Jimmy Howell of Italy, Christopher Howell of NC, Michael Ross of FL, Bryan Ross of AL, Brittni Boyden Robins of NM, and 1 step grandson, Austin Gaspard of TX.  Pops also has 3 great-grandsons, 8 great-granddaughters, and 1 on the way.  Pops is also survived by Freckles, his companion dog of 13 years.