Leroy  Carl  Spears   was born on June 26, 1935, in Beaumont, Texas, to Carl and Myrtle Spears. He joined other siblings in the family–Ed Spears, Jack Spears, Benny Spears, Betty Lou Spears Love, and Billie Jo Spears.
He attended BISD schools and graduated from Beaumont High School in 1953. Following high school, Leroy served a tour in the U. S. Navy.  Following his service in the Navy, Leroy married
Billye Joyce Venable and began employment with Gulf Oil Refinery in Port Arthur, TX. Leroy and Billye had one daughter, Sydnee Leigh Adams, who now lives in Atlanta, GA with her husband, James Adams.
Leroy entered Lamar State College in Beaumont, TX in 1961 and graduated with a BS in Marketing; then he received a Masters Degree in History from McNeese State College in Lake Charles, LA.  During his years in education, he taught at Stephen F. Austin in Port Acres, Nederland High School, and retired from Thomas Jefferson High School in the Port Arthur ISD.  During his tenure at Nederland High School, he was the Debate Coach and his debate teams were very successful, competing in State and National Debate Competitions and winning numerous awards.  And, while at Stephen F. Austin he directed the UIL One Act plays for competition, taking first place for several years.
Prior to entering the field of education, Leroy traveled for the Duncan Yo-Yo Company putting on shows demonstrating and teaching the various tricks that can be done with a Duncan Yo-Yo and was proud of the accomplishments in that venue.
Leroy possessed a passion for motorcycles–riding and showing bikes.  Through the years, he competed in State, National and World competitions for his custom show bikes.  He received many awards for each of his highly detailed and themed motorcycles.
Leroy Carl Spears died Monday, August 10, 2015, in Southeast Texas.  Leroy is survived by his daughter Sydnee and her husband, Jamey; a step-son, Kerry Rinehart of Pasadena; a brother, Ed Spears and his wife, Joan, of Wildwood, TX;  numerous nieces and nephews; long-time friend and companion, Lou Ann Francois, of Groves, TX; long-time friend, Linda George, and all of the George Families  of Center, TX, and a great host of friends and acquaintances.
A Memorial Service will be conducted at Grammier – Oberle’s Funeral Home on 39th Street in Port Arthur on Friday, August 21, 2015, at 2:00 PM by Pastor John Morgan. Burial will follow at Greenlawn Memorial Park in Groves.
In lieu of flowers, please make a contribution to your Church or Charitable Organization in his honor. 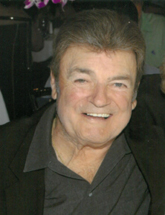 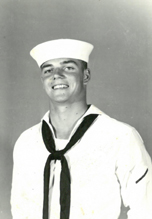