Popularity of meth on the rise 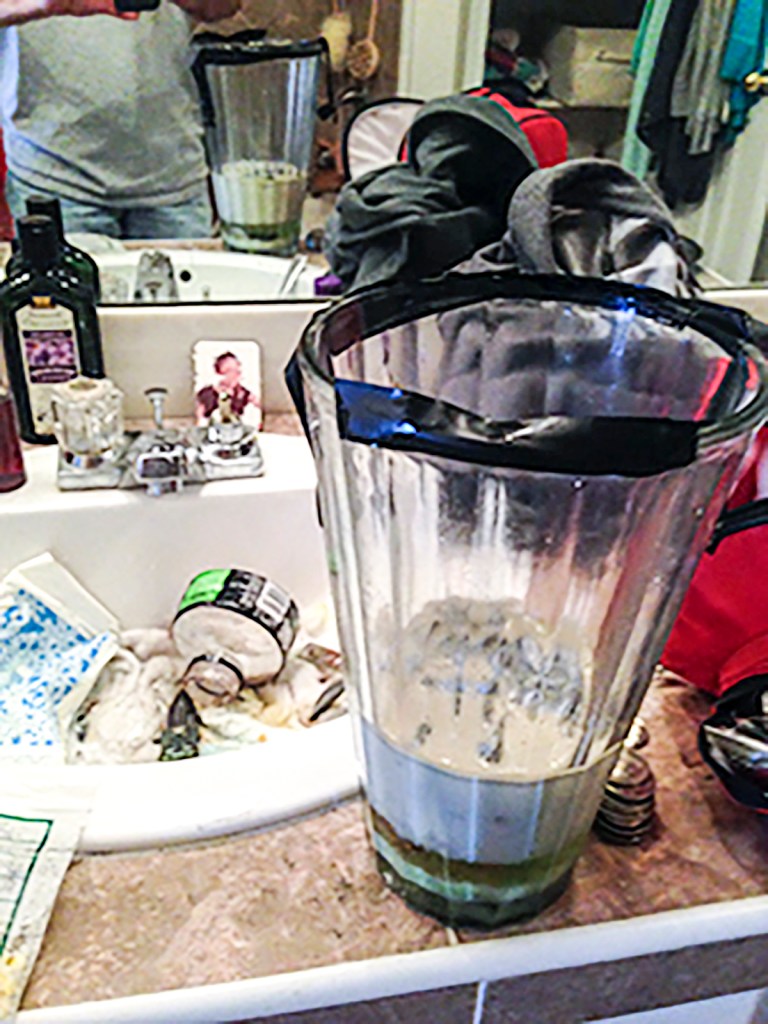 Chemicals used to make methamphetamine. The items were found at a home in Nederland believed to be a meth lab. Courtesy photo

Methamphetamine use and home cooking labs used to be something confined to the backwoods in rural areas far away from the prying eyes of neighbors.

But as Mexican cartels jumped on the meth distribution bandwagon and with the close proximity of Houston, known as a hub area for drugs, meth use has grown and spread to neighborhoods in mid and south Jefferson County.

There is no typical meth user.

“There is no certain demographic of people who abuse meth,” said Port Neches Police Sgt. Danny Buchholz who is also with the Narcotics Task Force. “It’s everybody. Young, old. Black, white. There are a lot of people who use meth but you’d never know.”

Meth, he said, comes out of Houston primarily like any other drug in our area and from time to time law enforcement comes across labs. 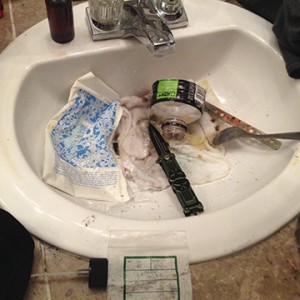 On July 10, while serving a warrant in the 300 block of Nederland Avenue in Nederland, officers discovered what they believe may be a meth lab. Photos provided by law enforcement show a bathroom sink containing items used to make meth and glassware containing a slurry of chemicals used to make meth.

The drug has become easier for home cooks to make with the advent of the Internet, Buchholz said. There are now ‘cold cooks’ as opposed to the earlier method of creating the drug and meth is also cheaper than it used to be. Depending on the dealer, users can spend anywhere from $400 to $900 for an ounce.

Capt. Troy Tucker with the Narcotics Task Force said 10 years ago officers were seeing meth labs weekly or bi-weekly but when the sale of pseudoephedrine was federally regulated that changed. That forced the ones who made the meth change their tactics in order to buy the item they needed.

“It was limited to two per person,” Tucker said of the drug legally used as cold medicine. “They would take several people, load up at four or five different stores all the way up to east Texas and back. It was finally taken off the shelf and is now behind the counter and since then that has really limited the number of labs we come across.”

When law enforcement was securing the home in Nederland, officers came across what they believe to be a meth lab in the bathroom. Charges are pending laboratory results on the items.

Meth is a highly addictive drug that can be snorted, injected or smoked. Those who smoke or inject it report a brief, intense sensation or rush, according to the Drug Enforcement Administration. Oral ingestion or snorting produces a long-lasting high instead of a rush, which reportedly can continue for as long as half a day. Both the rush and the high are believed to be a result from the release of very high levels of the neurotransmitter dopamine to areas of the brain that regulate feelings of pleasure.

Long term meth use results in many damaging effects including addiction and chronic meth abusers exhibit violent behavior, hallucinations, mood disturbances and delusions — “such as the sensation of insects creeping on or under the skin.”

The paranoia can cause homicidal or suicidal thoughts. Abuse of the drug damages the brain.

Meth takes its toll on the human body. Persons who abuse the drug often have sores that come from scratching imaginary bugs under the skin. Meth also reduces the amount of saliva around the teeth and meth users tend to consume excess sugary or carbonated drinks, neglect personal hygiene, grind their teeth and clench their jaws in what is commonly called “meth mouth,” according the U.S. Department of Justice. Meth users can lose teeth from something as simple as eating a sandwich.

Buchholz said meth-related arrests have been steady during the last few years.

“We do see other drugs but the majority is meth and there’s a lot of it,” Buchholz said. “They go to Houston and buy it, bring it here, put some money on top of it.”

The addiction to meth is a strong one for those under its spell.

“It’s an unbelievable problem when you get on it,” he said. “I’ve had folks tell me meth is the hardest addiction to break.

“The average person can see what it does to someone they love. It’s not something you can hide very easily.”

And, he added, it’s not just for those on the lower end of the socio-economic scale. Some people try meth and may not do it again. Some try it and love it.

Ales Flood, a licensed chemical dependency counselor and board member with South East Texas Council on Alcohol and Drug Abuse, explained that an individual could use the same amount of meth for a period of time and still end up overdosing. This, she said, is due to the effects on the blood vessels.

Signs that a loved one is abusing the drug are easily noticed — staying up for a long period of time, three to four days, extreme energy level, not sleeping.

“Persons who abuse meth are typically people who have dealt with sadness or depression. It’s an upper, and highly addictive,” Flood said. “The addiction has to do with emotions and how we cope with situations. Usually, an individual wants to escape what they’re experiencing in life and it’s an illness – addictive behavior.”

Treatment consists of giving the addict alternate coping skills and understanding how their cravings and tolerance works.

“Once equipped with the necessary tools to identify the triggers — whether the triggers are anger, a bad relationship or stress — we teach them how to use their coping skills. Learning acceptance, making amends and understanding what is addiction will help them live long in sobriety,” she said.