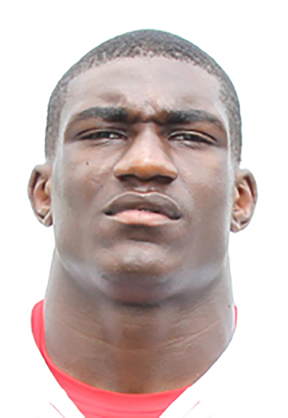 Dauphine voted as track athlete of the year

The accolades are still coming in for former Port Arthur Memorial track star Corey Dauphine.
This time, though, it was the Port Arthur community who came together to make sure their Memorial High School graduate was honored by a popular track website. Dauphine was voted as Track Athlete of the Year by viewers of tx.milesplit.com.
He is currently a freshman on the Texas Tech Red Raiders football team.
Dauphine received 42.45 percent of the votes, 3,551 total votes.
The closest to him was Splendora’s Jay Bradford. Bradford picked up 38.76 percent of the votes, 3,242. He has committed to Texas A&M.
Dauphine had a banner career in the Titans track program. He racked up a gold medal as a junior in the Class 6A 200 meter dash and last year was even more impressive even after grabbing silver in the same even.
He and his Memorial teammates finished second overall at the Class 6A Track and Field Championships.
Dauphine along with Jacorie Jones, Quantae Conner and Kameron Martin set a national record in the 4×200 meter relay in 2015 at the area meet.
The foursome ran a 123.84, just better than the previous record of 123.92 clocked by Fort Bend Hightower in 2007.
The same group won gold at the state meet with a time of 1:24.29 and Dauphine with Martin, Jones and Kary Vincent won silver in the 4×100 meter relay with a time of 40.59.
Dauphine could not repeat as 200-meter champion in 2015. His time of 21.06 was behind Deontay Anderson’s 20.99 who came from behind for the win.
Dauphine has seen a lot of playing time during the Raiders early practices.

The Port Neches-Groves Rock-A-Noos improved to 5-2 on the season with a three-game sweep of the Silsbee Lady Tigers on... read more