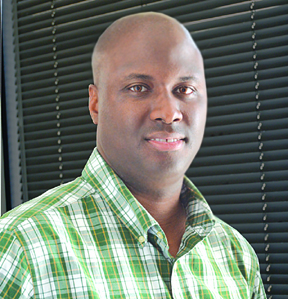 The Port Arthur News has named I.C. Murrell the newspaper’s sports editor.
Murrell comes to Port Arthur after working at the Pine Bluff (Ark.) Commercial since 2010. He takes over after longtime sports editor Bob West announced his retirement in April.
“We are thrilled to have I.C. join our team here at The Port Arthur News,” Roger Cowles, editor, said. “He is an award-winning journalist who has excelled at telling the stories of the athletes and the sports programs wherever he has worked, and we are looking forward to I.C. getting involved in Southeast Texas sports coverage.”
Murrell said he is blessed to be a part of a sports scene in Southeast Texas that brings passion to every sport.
“I am blessed to be here,” Murrell said. “Plain and simple I am blessed. People here are so passionate, and that is a great thing. People wear their pride on their shoulders and when they see the work I do, I also wear the same pride on my shoulders.”
Murrell says he was also thrilled to take over a spot held by West for four decades.
“It is a good feeling to be the one person to replace the man that has been here for decades,” Murrell added. “You have to respect everything he has done and the name and also understand you are laying your own foundation. What was great in the past has nothing to do with what will work in the future.
“I want to have a well-rounded sports section. People are going to fall in love with this product. I want to grow this section and grow this newspaper. I want readers to wake up and have all their sports questions answered. We don’t want to just scratch the surface. We are going to dig deep down and turn over every stone.”
Murrell’s career started in 2000 as a correspondent in Arkansas. He quickly became the sports editor at the Advance Monticellonian in Monticello, Ark.
He has also made stops in Oregon, Mississippi, Idaho and Oklahoma. Murrell arrived in Port Arthur this past Thursday and has already seen an area he wants to call home for life.
“I haven’t met everyone yet and I already feel at home,” Murrell said. “I love what Port Arthur has to offer to a new citizen. I learned about the leaders who want to make this area better. If they can attract someone from Southeast Arkansas to Southeast Texas, they are on the right track.”
Murrell can be followed on Twitter at @ICMurrellPANews.