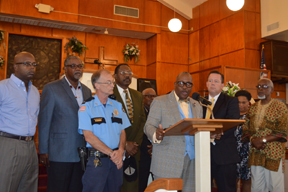 Central Mall is going to the dogs this month with each Wednesday set aside for Dog Days, a pooch-friendly activity... read more