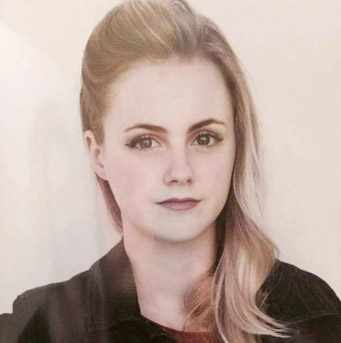 The community is mourning the loss of Stevie Rae Hergert, 16, who died Saturday after an all-terrain vehicle crash in Newton County.
Hergert was a senior at Port Neches-Groves High School and was also employed as a cashier at Bruce’s Market Basket in Groves.
Marc Keith, principal at PN-G High School, called Hergert an energetic and bright student whose personality was one that instantly attracted many friendships and a circle of friends.
“I know that many of those friends are hurting today with this tragic loss, and the PN-G High School faculty and staff is as well, Keith said. “At the campus we have opened up our counseling and administrative offices and have encouraged our students to come by to receive assistance, if needed, in the grieving process. Students have also been encouraged to come to the high school in order to be together and share in memories of Stevie.”
Hergert, he said, was looking forward to her senior year and being a huge part of the Class of 2016.
“Knowing that is what makes this so tough for us all, but we need to honor Stevie by working toward the Class of 2016 goals that Stevie was a part of,” he added.
The Texas Department of Public Safety is actively investigating the fatal ATV crash and is collecting evidence and gathering witness statements, according to a press release from DPS.
“After a thorough analysis of the crash evidence, Troopers should be able to make a clear determination as to what factors contributed to this fatal crash,” Trooper Stephanie Davis said in the press release. “This investigation is still in the preliminary stages and any speculation as to the contributing factors would be premature.”
The crash occurred about 3 a.m. Aug. 1 on County Road 1114 at the intersection of CR 1115 in Newton County which is about 10 miles northwest of Brookeland.
The 2009 Polaris Ranger ATV was traveling on CR 1114 when the driver lost control and the ATV flipped. She was ejected and sustained fatal head injuries. Justice of the Peace Brenda Smith pronounced Hergert dead at the scene.
A GoFundMe site has been established to assist the family and can be found at www.gofundme.com/steviehergert
Survivors include her mother, Carmell Elizabeth Combest of Groves; and sister, Skyler Mae Hergert of Groves.
Funeral services will be at 10 a.m., Thursday, Aug. 6, at Levingston Funeral Home in Groves. Burial will be at Magnolia Cemetery in Beaumont.
A visitation for family and friends will be held on Wednesday evening from 5 to 8 p.m. at the funeral home.
E-mail: mary.meaux@panews.com
Twitter: MaryMeauxPANews

It was a tough season for the Port Arthur Memorial Titans in 2014 and the team has to wait an... read more