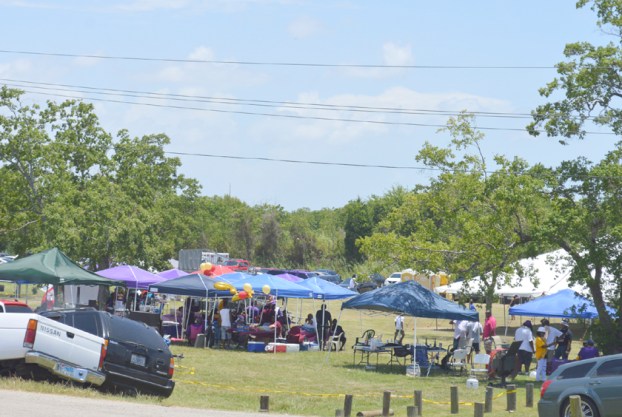 Thousands of graduates from Port Arthur high schools gathered on Pleasure Island for a reunion and family day on Saturday.

Thousands of graduates from Port Arthur high schools gathered on Pleasure Island for an all class, all ages reunion on Saturday.
Colorful canopies and balloons sporting different school colors dotted the landscape at the park near the foot of the Martin Luther King Jr. Bridge on the Island where groups of friends and graduates gathered. Many had brought along barbecue pits and coolers, and young children raced around playing and enjoying the several Bounce Houses. 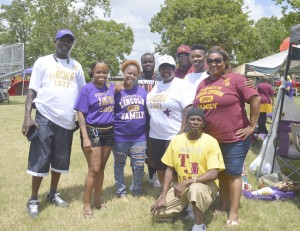 A group of friends who are graduates from Lincoln, Thomas Jefferson and Memorial high schools take a break for a photo during the Port Arthur Alumni Picnic on Pleasure Island on Saturday. 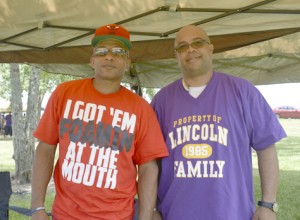 Edwin Washington, LHS class of ’85, and friend John Scott sat under a canopy, where Washington, owner of Hotspot Photography and Enterprise, sold caps and other items. 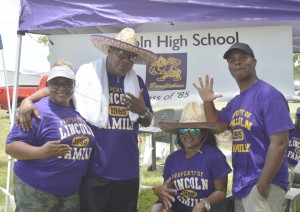 “It’s a blessing to bring this many people together from all different schools and everyone getting along,” Washington said. “We have all age groups and this is something you can bring the kids that will be a positive impact on the city of Port Arthur.” 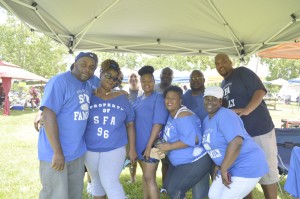 Graduates of Stephen F. Austin High School pose for a photo during the Port Arthur Alumni Picnic on Pleasure Island on Saturday.

A group of Stephen F. Austin high school graduates including Tasha Sanders and Monique Henderson of the class of 1996 sporting blue and white shirts held camp nearby.
“This is a wonderful, beautiful thing,” sanders said. “Everybody getting together and reuniting and talking about old times.”
Henderson, likewise, was having a great time.
“It’s good that Port Arthur can come together and unite as one and stay positive.”
E-mail: mary.meaux@panews.com
Twitter: MaryMeauxPANews

Don’t worry if those jeans from high school don’t fit anymore. They were always too restricting to enjoy an old-fashioned... read more