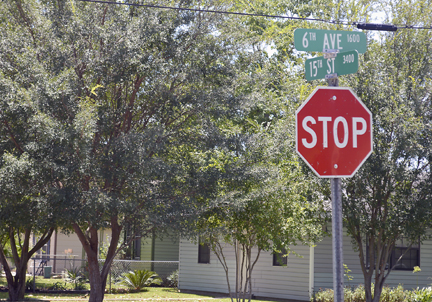 The body of homicide victim Denzel Jervon Washington, 25, of Port Arthur was located in a car by a passerby near the intersection of 15th Street and Sixth Avenue Thursday morning.

Port Arthur Police were busy with an early morning homicide and with detaining a man suspected of shooting another man in the face on Thursday.
About 6:30 a.m. July 16, a passerby noticed an unresponsive man in a white Buick Regal near the intersection of 15th Street and Sixth Avenue. Police responded and found the man, identified as Denzel Jervon Washington, 25, with obvious head trauma leading investigators to consider this a homicide.
Justice of the Peace Brad Burnett told The News the victim suffered multiple gunshot wounds.
According to Burnett, the car was found parked in the traffic lane at 3400 15th Street as if it had been driving down the road.
The body was taken to the Jefferson County morgue, and an autopsy has been ordered by Burnett.
The victim was last seen at 1:30 a.m.
The neighborhood appeared peaceful by 2 p.m. with vehicles occasionally traveling down Sixth Avenue from nearby Gulfway Drive. One man visiting a friend on 15th Street said he did not know anything about the crime but was saddened to hear the deceased was a young man with his life ahead of him.
PAPD officers and detectives are pursuing several leads and interviewing friends, family and acquaintances of Washington, Sgt. Scott Gaspard said in a press release.
An unrelated shooting that occurred about 1:30 a.m. Thursday left one man with a gunshot wound to the face and another man in jail.
Police responded to Christus Hospital-St. Mary in reference to a shooting victim who had arrived by private vehicle. The victim, Jafar A. Hill, 37, of Port Arthur, had a single gunshot wound to his facial area. The bullet had entered his face and came to rest in the area of Hill’s neck, according to a press release from PAPD.
While in stable condition, the victim was transferred to Christus Hospital-St. Elizabeth in Beaumont for possible surgical procedure and treatment.
Officers located several items of evidence including the weapon used in the shooting that occurred in the 1200 block of 12th Avenue. Preliminary investigation along with evidence at the scene lead police to suspect the shooting was drug related.
Hill was found to have an outstanding warrant for violating his parole (in commission of a drug related offense).
A man who was lawfully detained while officers were investigating the aggravated assault was able to escape from the back of the patrol car, according to an officer with PAPD. The man was located around 9 a.m. in the 900 block of Pecos and jailed on felony escape charges.
No further information is available at this time.
E-mail: mary.meaux@panews.com
Twitter: MaryMeauxPANews