Wednesday, July 8
• A 21 year old male was arrested for possession of a controlled substance when officers were called about a suspicious person in the 5300 block of Port Neches.
• A vehicle parked in the 5300 block of Gulfway Drive was “keyed” with a sharp instrument.
• A forged check was cashed at a business in the 3300 block of Cleveland.

Thursday, July 9
• Unauthorized charges were made to a debit card account in the amount of $242.53.
• A Taurus .38 Special revolver, Dell laptop computer, autographed boxing gloves by Muhammad Ali, George Foreman and Oscar Delahoya, a large collector sward and Texas Department of Criminal Justice work badges and an identification card were stolen from a home in the 6100 block of Cove.
• A disturbance was reported in the 3100 block of Hickory.

Friday, July 10
• The back door of a home in the 3200 block of Cleveland was kicked in. Nothing appeared to be missing.
• A criminal trespass Warning notice was issued to a person in the 5200 block of East Parkway.
• A theft report was made after the victim was contacted by the USAO-Southern District of Florida and was told she would receive $4,000 if she would send them $400. She sent the money and was told to send $400 more.

Saturday, July 11
• Aggravated assault With a deadly weapon was reported in the 2600 block of Royal.

Monday, July 13
• Identity theft was reported when the victim discovered a Florida utility account had been opened in his name.
• A shoplifting report was made in the 5000 block of 32nd Street.
• A vehicle parked in the 6100 block of Willis was struck by a vehicle that left the scene.

Tuesday, July 14
• Two televisions and stand, baseball bat and glove, Pioneer speakers and a duffle bag were stolen from a house in the 3900 block of Lincoln.
• A 39-year-old male was arrested for possession of drug paraphernalia and outstanding Groves warrants and a 32-year-old male was arrested for a traffic offense in the 5900 block of 32nd Street.

TIP OF THE WEEK
Never let anyone know that there is one person alone in a house at any time. Do not tell people at the door this information. Also, do not post this information on social networking sites.
SOURCE: Groves Police Department offense reports 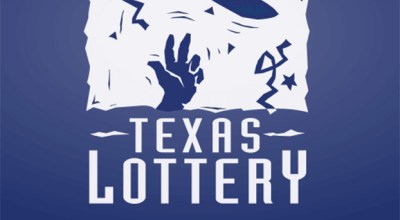 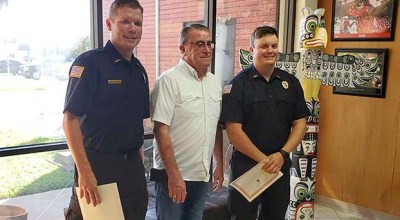