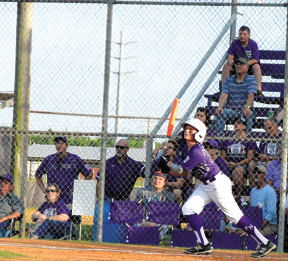 By Gabriel Pruett
The News Sports Writer
PORT NECHES — The 12-year-old All Stars from Port Neches put on a power display Thursday against Nederland.
The Port Neches Little League team eliminated Nederland with a 6-4 win.
Drake Varnado went five innings for the win on the mound. He struck out nine batters before giving way to Tristan Abshire who closed out the game.
Abshire was part of a powerful Port Neches offense that blasted three home runs between the second and third innings.
Josh Letulle got things going in the second with a solo homer to make it 1-0 Port Neches.
Daren Morris left the yard in the third before Abshire hit a two-run homer to make it 4-0 Port Neches. Abshire’s home run also plated Dean Guidry.
Letulle and Thomas Ryan both scored in the top of the sixth to give Port Neches a 6-1 lead.
The two runs were crucial considering Nederland did not go down without a fight.
Nederland scored a run in the fifth when Rene Cunningham scored after drawing a walk.
Nederland’s Preston Johnson, Beau Seymour and Brody Bennett all scored in the bottom of the sixth to have Port Neches fans sitting on the edge of their seats.
Abshire got a strike out to close out the game.