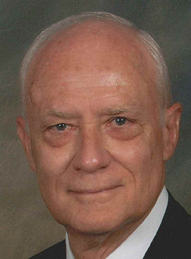 John Only Greer, 81, of Bryan, went to be with his Lord on June 12, 2015.  A time for family to receive friends will be from 5-7pm on Monday, June 15, 2015 at Hillier Funeral Home, 4080 Highway 6, College Station. Services will be held at 11 am on Tuesday, June 16, 2015 at A&M United Methodist Church, in College Station with Jamison Doehring officiating.  Private interment will follow at the Aggie Field of Honor.
John Only Greer was born on October 21, 1933 to Dolphus Only Greer and Sarah Flonelle Brison in Henderson, Texas. He graduated from Thomas Jefferson High School in Port Arthur, Texas. He attended Texas A&M University to study Architecture where he received his Bachelor of Architecture in 1957. He served his country in the US Army as a First Lieutenant, in October of 1957. After being honorably discharged in 1964 he returned to receive his Master of Architecture from Texas A&M. While completing his degree he was an Instructor of Architectural Practice and Management. He continued his career as an educator for a total of forty-nine years.
John is the first holder of the Wallie E. Scott, Jr. Endowed Professor of Architectural Practice and Management established in 1989 by Houston-based CRSS Architects, Inc. He served as intern Dean of the College of Architecture from 1991 to 1992 and as executive associate dean from 1990 to 1992 at Texas A&M. Previously, he had served in various other administrative capacities in the College for fourteen years including ten years as head of the former department of environmental design from 1976 to 1986. John began his teaching career at A&M in 1962 as a graduate teaching assistant. He practiced as a principal in the architectural firm of Maynard and Greer in Nacogdoches, from 1966 to 1971. In 1971, he rejoined the faculty at the invitation of dean emeritus Romieniec and was promoted to professor in 1980.
John has received numerous honor and awards, some of which include being appointed as chair of the Texas Board of Architectural Examiners; the Presidential Citation of the American Institute of Architects in 1997 for “outstanding contributions to the profession as a dedicated and inspired educator;” the Llewelyn W. Pitts award of the Texas Society of Architects in 1995 (the highest award bestowed by that society); election to the College of Fellows of the American Institute of Architects in 1990; an Award for Excellence in Architectural Education from the Texas Society of Architects in 1989; a College-level Award for Distinguished Achievement in Teaching from the Association of Former Students and Texas A&M University in 1989; and numerous certificates of appreciation. In 1988, he served as president of the Texas Society of Architects, the first full-time educator elected to this position of leadership. In 1992, he received the Tau Sigma Delta Alpha Alpha Chapter Silver Medal for distinguished achievement in teaching and service, and began a three-year term on the National Board of Directors of the American Institute of Architects.
Generations of Aggies owe Professor Greer an attitude on “learning and life.” He will be deeply missed.
He is preceded in death by his parents and a brother Brison Greer.
John leaves behind his loving wife Wanda F K Greer of 61 years; son, Gregg Only Greer and wife Beverly; daughter, Valorie A. Greer; grandchildren, Liam Greer and Benjamin Only Greer; as well as many other family members. And sweet BS, the last of a line of beloved felines he coveted throughout his life.
As an expression of sympathy, memorial contributions may be sent to the John Only Greer Architectural Heritage Professorship through the Texas A&M College of Architectureor Hospice Brazos Valley at 502 W. 26th Street, Bryan, TX 77803.
Please share memories and tributes to John at hillierfuneralhome.com.