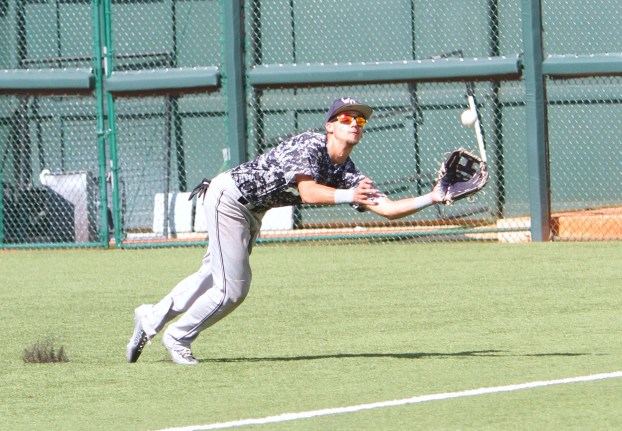 Chase Rutledge makes a leaping grab on a deep fly ball in right field during the third inning of the Mustangs 8-0 victory over the Ricebirds in the Class 4A State Semi-final game on Wednesday.