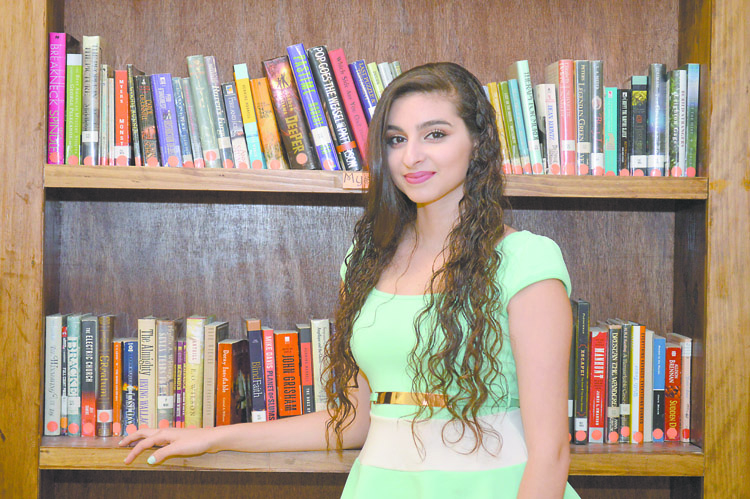 Karina Alvarez has been preparing for her future for years.
Alvarez, who is valedictorian at Bob Hope School, has already earned 24 college credit hours having mastered both college English classes and both history courses as well as British literature and government.
Then, after graduation, she will head to Lamar University where she will major in business and after that, she will go on to the University of Texas to obtain her masters degree.
“I want to own my own business,” Alvarez, 18, said.
Alvarez has a flair for marketing and business, something she noticed while visiting a grandmother in Mexico.
“I’d have my grandmother make extra desserts then stand near a store and sell them,” she said. “And I love makeup so maybe I can earn a second degree in cosmetology.”
Alvarez is a member of the National Honor Society, class president, soccer team and takes leadership classes as well as working part time at Payless. She earned a 3.921 grade point average on a scale of 4.0.
Her brother, Ernesto Alvarez Jr., is her role model. Ernesto graduated in the top 10  in his class at Memorial High School, attained a perfect 4.0 grade point average and the distinction of earning Lamar University’s Plummer Award in 2011 and most  recently graduated from law school at the University of Texas.
“He set an example for me to continue and my parents made education a priority,” she said.
Alvarez works on crafts projects as a hobby.
“I like to make decorations for our house,” she said, adding that she dresses up vases to make centerpieces and other items and will even make the center pieces for her graduation party. And, like her grandmother, she likes baking.
Daniel Cruz, Public Education Information Management System coordinator at Bob Hope School, called Alvarez an amazing student and hard worker.
“We are very proud of Karina,” Cruz said. “She never says no if you ask her to do something and we’re excited to have her as a graduate of Bob Hope School.”
Alvarez is the daughter of Ernesto Alvarez Sr. and Norma Alvarez.
E-mail: mary.meaux@panews.com
Twitter: MaryMeauxPANews