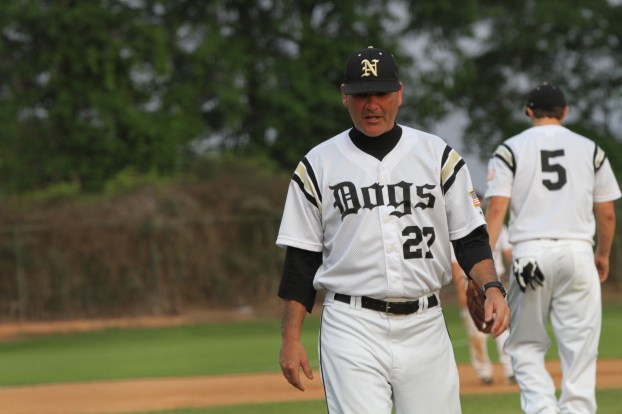 Cody Robbins last day as a Nederland coach is Friday.

By Gabriel Pruett
The News Sports Writer
NEDERLAND — For the last 17 years, Cody Robbins has went to work as a Nederland coach.
That tenure comes to an end this Friday. Robbins has taken a job at Exxon Mobile and had told his baseball team the news before the season even started.
Robbins last day at Nederland High School is Friday. He started as an assistant coach 17 years ago and for the past 11 years was the head baseball coach. His Bulldogs baseball teams have won 220 games, six district championships and 25 playoff games.
“Seems like just the other day I was off to play in college (University of Louisiana-Lafayette) and came home to finish off at Lamar,” Robbins said Tuesday. “It was not long after that Coach (Larry) Neumann offered me a coaching job.”
Robbins said he cannot thank Neumann, the Nederland Independent School District, school board and Nederland community enough for the chance of a life time.
“It was a great honor to coach in your hometown and I have to say thank you to all of them for the chance,” Robbins said. “It is a great honor to be the head coach of the baseball team.”
Robbins’ decision to move past coaching and into the refinery business came about after the birth of his third child. With a growing family, Robbins wanted to provide a better living and also start spending a little more time at home.
“It was a wake up call,” Robbins said. “I feel like the opportunity I will have I will be able to provide more for my family. I will have more time with my family. My daughter is big in softball and I would hope my son would become a player as he grows up. I want to be home for them more.
“I love what I do now. If you had asked 10 or 15 years ago I’d be making this move I would have told you no. I think family comes first and it is an opportunity I cannot pass up. Being called coach was always very important to me but ‘Daddy.’ That trumps everything to me.
“I seriously doubt I will forever be out of coaching. I see in my near future I will have to learn a lot more about the game of softball. My daughter is seven and she is big into it right now. For a living they are over with but I will have to be around the game.”
Robbins has coached some good ones over the years, including current Texas Longhorns pitcher Kirby Bellow. Robbins would not even begin to list the best players he coached and one story did stick out because of the message it sends to all athletes at any high school.
“It has to do with Jude Vidrine,” Robbins said. “He had a rough senior year at the plate. He struggled a lot. We talked about benching him going into the playoffs but I trusted my gut and went with him. He brought so much to the game besides batting and that first series, he went crazy at the plate. He hit .600 in the playoffs. He put up numbers in those playoffs people don’t put up in a season.”
Vidrine and the Bulldogs were eliminated in 2009 in the regional finals by Brenham.
“That shows a kid perservering and beating the odds,” Robbins said. “He would have understood had we benched him. I learned over the years to trust my gut. My gut has got me where I am now.
“Trust your heart and you can relate it to what I am doing now. It is an opportunity to have time with my family. I am not going to say Exxon is a better situation because I have a great situation now. I want to be with my family at this point in my life.”
So now with shift work in his future, Robbins said the Bulldogs can expect to have him at their game as a fan, barking and all.
“I have been a Bulldog my whole life,” Robbins added. “I’m not moving so I am sure I will be at some games as early as next year.”

Corey Dauphine and the Port Arthur Memorial boys track team had a very successful time this past weekend at the... read more