Terrell excited about role at PN-G 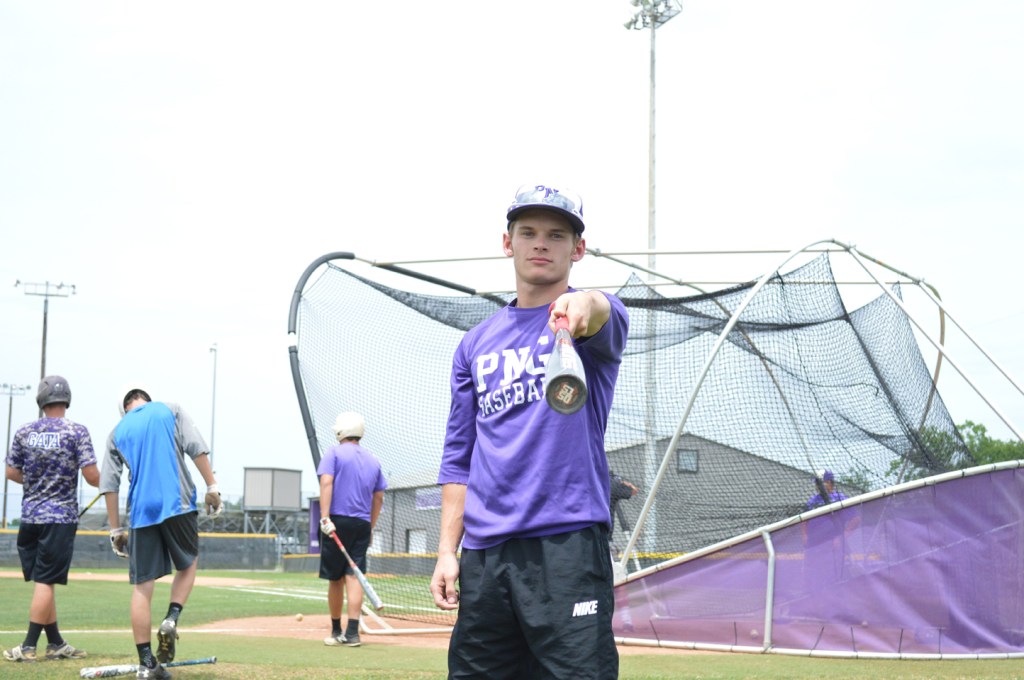 Gabriel Pruett/The News Port Neches-Groves senior Hayden Terrell has gone from JV action as a junior to the leadoff spot as a senior.

By Gabriel Pruett
The News Sports Writer
PORT NECHES — Hayden Terrell always seems to be smiling.
Behind his dark sunglasses the senior Port Neches-Groves leadoff hitter has become one of the most competitive players on the Indians baseball team.
Last year as a junior Terrell spent a majority of his time on the junior varsity team. The Indians lost a lot of talent after last season to graduation so when it came time for coach Scott Carter to make up his 2015 roster, Terrell was one of the first-year varsity guys to not only get a spot but to get a starting role.
“Being on JV last year and starting this year as a senior really put a lot of pressure on me,” Terrell said. “It made me focus on the goal we have as a team. This year has been weird. Last year the whole outfield was seniors. Now this year I am only one so I knew I had to step up.”
Terrell certainly has stepped up his play, especially at the plate. He is hitting .299 on the year with an on base percentage of .408. Terrell has scored a team-high 30 runs and has 15 stolen bases and has not been caught trying for a steal all year.
“Hayden has been a staple in our outfield,” Carter said. “He came in this year and wanted to work hard. He has a good speed and I am really proud of the way he has played.
“We had a lot of guys who played JV ball last year. He is one of those who has stepped up. He has been a plus. His job is if the infield plays back to push a bunt down and if play up, he can hit the ball as well.”
Terrell is aware of his job as the leadoff batter for PN-G. He is not asked to hit home runs and his only concern is to get on base ahead of Cole Girouard, Adam Morse and Austin Bost.
“I am trying to get on base,” Terrell said. “The guys who come up behind me have done a great job all year getting me around to score.”
Terrell pointed to an early time in his senior year as the moments he will remember the most from 2015.
“The tournaments,” Terrell said. “I loved being on the road with the guys and staying in the hotels like when we played in Livingston. We really were able to bond and become a family.”
Another instance Terrell one day can reflect on is the fact the Indians claimed the District 22-5A title.
“That is something I will tell my kids one day,” Terrell said. “I am glad we got the job done. A lot people did not think we would get very far or win many games.”
Yet here Terrell and the Indians stand, in the second round and facing Fort Bend Ridge Point.
Game 1 is at 7 p.m. Thursday at Baytown Lee High School.