Attacks raise questions about ourselves 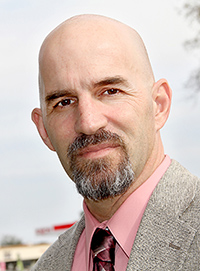 As was the case last year in the city elections when a number of city council seats were up for grabs, a barrage of negative attacks on then candidates Tiffany Hamilton, Kaprina Frank and Mike Mason was well publicized, we see it again in attacks on this year’s city council candidate Keith Richard.
At the time of this writing, we did not know the outcome of this Saturday’s election, but nonetheless this continued form of political attack needs to be addressed now and as we continue to move forward through the coming years of change.
Candidates that continue to allow this form of defamation attack against their opponents need to be reeled in. They can try to rationalize this action by calling it “just politics”, but it is not. Others try to rationalize it more by saying “if it’s good enough to be used against our president, its good enough for us”, but they are wrong.  We are in a community where we get to live with each other day in and day out. We see each other on the streets, the grocery store or at restaurants. This is not our national government and it is not just politics. This is OUR community.
We can definitely learn a lot about people who run for a local political seat by the aggressive actions they and their supporters take to disrespect and lie about their opponents. They show an immoral and unethical side that we need to be wary of if they get into or stay in office.
Ultimately it is not illegal to paint someone in a poor light for political gain. It’s not illegal to secretly record an individual in a one on one conversation as happened to me not long ago when visited by a member of C.A.V.E. However, according to Assistant District Attorney Cory Crenshaw, who I had a great visit with over coffee a couple of weeks back, to use those items in a way that could be slanderous or cause defamation is. But I have to ask, do we really need laws to keep us from being immoral or unethical? Apparently some do.
A political race should be about what a candidate stands for and how they can help to move our communities forward. If a candidate cannot stand on that alone, then they have no business running for office or being a voice for a vast number of residents. Ultimately if it were up to me and a candidate was a part of a defamation attack on their opponent, if their opponent could charge and prove defamation in civil court, the acting candidate should be banned from local politics and/or removed from their seat.
The definition of defamation is the action of damaging the good reputation of someone; slander or libel. This is exactly the case with the recent election race for Port Arthur City Council seat District 5 and the attack on candidate Keith Richard. Please refer to Friday, May 8 publication of the Port Arthur News for full story on this.
These attacks on an individual’s character make me question “Who are we, and what have we done with ourselves”?
Rich Macke is publisher of The Port Arthur News. Contact him at rich.macke@panews.com