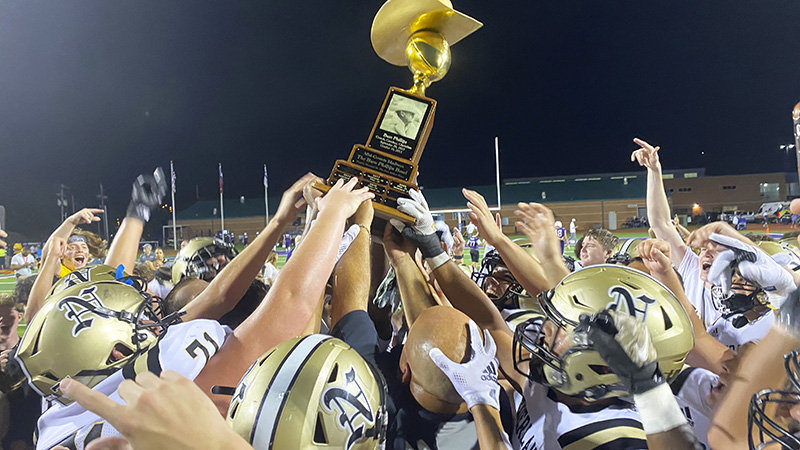 That is how Kevin Barbay answered if Mid County Madness and the rivalry between Nederland and Port Neches-Groves stays with him.

As a former quarterback for the Nederland Bulldogs, that was how he answered me when we spoke this week. So, it’s not surprising. What is cool is to hear the intensity in Barbay’s voice pick up about high school football three days after he accepted a dream job of sorts — offensive coordinator and play caller for the SEC’s Mississippi State Bulldogs.

“Mid County Madness is the greatest rivalry in all of America,” Barbay said matter of factly. “I tell everybody. It really is. It’s not because there is some huge stadium or tons of Division I athletes; it’s about the passion and people in that rivalry. Both sides are diehard fan bases.

“Unfortunately, it is the same way in my house, because my wife is (a PNG) Indian. We have Mid County Madness every year in my house and make sure it is on the TV. We follow it closely. Our kids don’t know what to think. Every year is depends on if they are happy or mad at Dad as to who they are going to pick (to root for).”

Barbay said he has seen high school football across the United States and has recruited “everywhere.”

The PNG-Nederland rivalry, because he got to be such a big part of it, is very unique.

“At the end of the day, the Nederland and Port Neches people are the same people,” he says. “It’s the passion both schools feel about their school, their fan base, their organizations. There is not another one like it; I can promise you.”

Barbay was an absolute blast to speak with this week and is easy to pull for on Saturdays.

His passion is evident and the success is easy to see.

Just this past year, he was part of an Appalachian State coaching staff that shocked college football when the Mountaineers went into College Station and defeated Texas A&M.

“That game was something that was very special, being I’m from Texas,” he said. “My wife was an Aggie and my sister was an Aggie. I have three nieces that were in school at A&M. I had a bunch of Texas high school coaches come to the game to see the Mountaineers. It was something that was really special for our kids to get the opportunity to beat the No. 6 team in the country.”

“There is not a lot there, and the people take such pride in the football team. Everything is really centered around the university. It’s a special place with a passionate fan base. I’m just grateful and excited to get the opportunity to call an offense that is the SEC.”

Barbay graduated from Lamar University in 2005 with a degree in exercise science and fitness management.

He and wife Kacie have three children: Kynslie, Karoline and Karson.