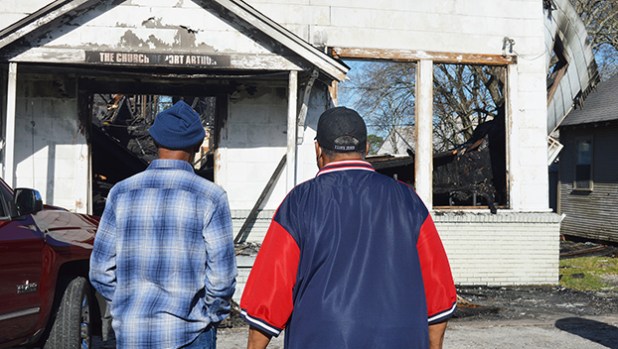 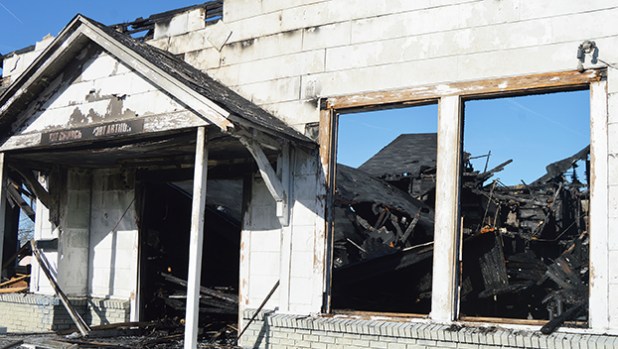 Not much remains of the church. (Mary Meaux/The News) 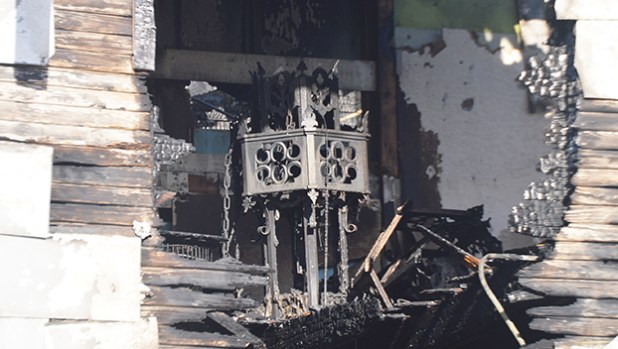 The roof of the church collapsed during the fire leaving a view of the upstairs area. (Mary Meaux/The News) 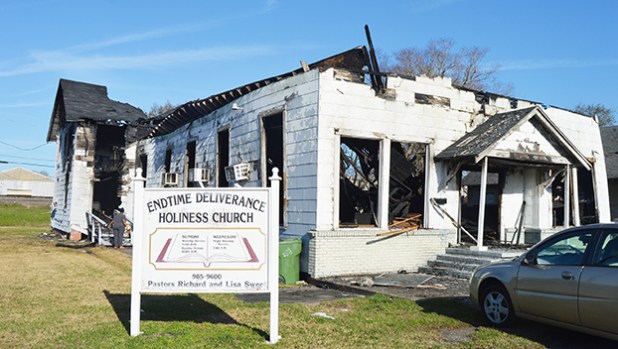 End Time Deliverance Holiness Church in the 3000 block of 19th Street was destroyed Thursday in a fire. (Mary Meaux/The News) 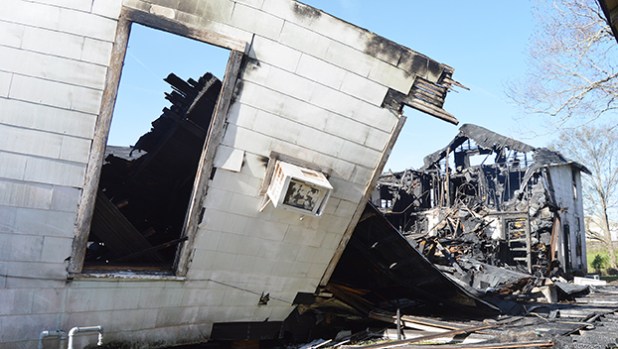 Part of the right side of the church wall collapsed and another section is leaning. (Mary Meaux/The News)

Rev. Richard Sweet sat in his truck facing the charred remains of the church he pastored for decades, shocked but not shaken in his faith.

Sweet is pastor of End Time Deliverance Holiness Church, where his wife Lisa is associate pastor.

The couple were waiting on the owner of the church, Rev. Xavier Bobino, to arrive. Bobino is also a pastor at the now-destroyed church in the 3000 block of 19th Street.

Sweet said there was so much on their minds as he looked at “what happened to God’s house.”

PAFD responded with eight units including an incident commander and safety officer. Approximately 26 people were on scene.

The two-story church was not a small building —something firefighters took into account as they planned their strategy.

Due to the size and integrity of the structure, the fire was deemed a defensive fire; therefore firefighters did not enter the building.

Mid-morning Thursday the pastors saw the roof of the church collapsed and part of the right side wall was down while another part of the same wall was leaning.

Terrell Hugley has lived next door to the burned building for five years and said he did not hear the fire.

“The only thing I heard was the policeman beating on my door telling me to get out,” Hugley said.

Hugley said he was concerned by the proximity of the fire and his gas meter was taken when the one belonging to the church was disconnected. He shares a gas line with the church, he said, as he pointed over a few yards to where the meters once were.

Bobino arrived and met with Sweet outside the remains of the church and the two talked for a few minutes. Bobino, who does not live in the area, had just learned about the fire.

“There’s nothing you can do,” Bobino said when asked his thoughts on seeing the church. “I’m just glad nobody was in there, that’s the main thing. I heard they had just had a service (Wednesday) night.”

The cause of the fire had not been determined as of Thursday.

“A fire that size, it will take quite a bit of time to complete a full investigation,” Benson said. “We will not know the cause, reasonably, for some time.”

Sweet recalled getting a call during the middle of the night about the blaze.

“It was just an unbelievable call. I was shaken. Couldn’t think right at the time and then the hurt when I got here to see it burning,” Sweet said.

The fire won’t stop the pastors and congregation from holding services.

“We will move on in the Lord,” Sweet said. “All we know is this will not stop us from praising and worshipping Him even if we have to in our own house.”