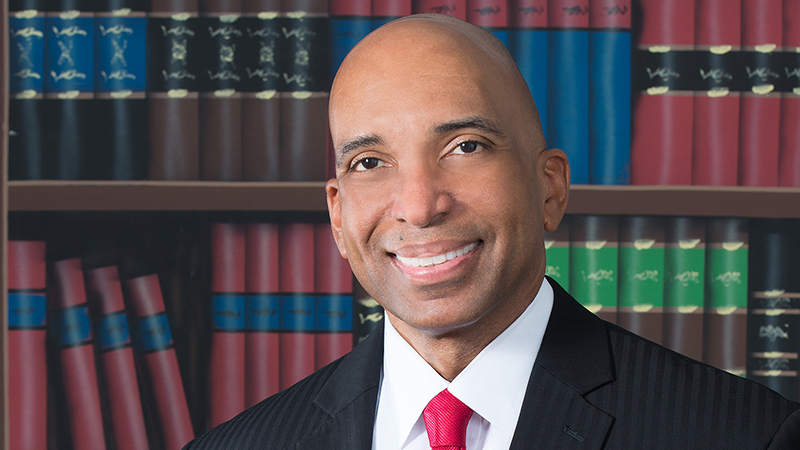 When Dr. Mark Porterie accepts the 2023 Arthur E. Stilwell Award next week, he will be doing so on behalf of 1,300 employees and 8,200 students in the Port Arthur Independent School District.

“We’re all in this together,” the superintendent said. “It’s not just me by any means. It’s all of us. No one would have known me and what they think I do if it weren’t for the Port Arthur Independent School District. I’m with people — I’m with students and adults. So it’s because of them that I’m being recognized for that honor, but it comes with a whole lot of people.”

Porterie will receive the award at the 123rd annual banquet for the Greater Port Arthur Chamber of Commerce. And it’s a recognition he holds in high esteem.

After serving in the U.S. Air Force, Porterie left Lamar University and began what would be two years of work at Texaco Chemical Company.

“That was good,” he said. “At that time, my age group, our fathers were in the plants and the shipyards that were here, and that was plentiful. That job took care of us. At that time, if you worked at the refinery, that was the end. You didn’t have to do anything else.”

But he felt he could do more.

“At that time, I was making a whole lot of money,” he said. “But I just felt that wasn’t my purpose.”

He wanted to do something that was meaningful and found guidance in former PAISD superintendent Louis Reed.

“He invested in me, among others,” he said. “I got my certification because I didn’t want to let him down. And people, over the years, have helped me. I never regretted leaving the refinery. Never. Not once.”

Porterie called the field the all in all.

“Every day there has been something different,” he said. “The refinery was very routine. There is nothing routine about education and dealing with children.

For the longtime educator, watching the growth in the students is the reward.

“That’s the high for us — the growth,” he said. “I think we all need to be needed, but educators need that feeling of being needed. When you have 20 kids in front of you, and you’re teaching them, and they’re learning, they’re actually getting it — that’s incredible. That’s an incredible feeling.”

Since becoming superintendent in January 2014, PAISD has faced a multitude of challenges from severe weather to a pandemic that launched school districts into unprecedented territory.

When PAISD closed on March 16, 2020, officials assumed it would only be for a couple of weeks. Instead, it was five months.

“That was a dark time,” Porterie said. “But I do thank God for the people that I have around me — the executive team, the teachers, the custodians, maintenance, the cafeteria workers, technology. If it weren’t for everyone banning together and being able to talk and come up with ideas and to keep moving forward, I think a lot of us would have lost our minds.”

However, uncertainty became the biggest challenge.

But the district maintained through the work of every department.

“We have to give a lot of credit to our teachers who work incredibly hard getting our kids to where they are. And not just teachers. You have our counselors who work with them. You have paraprofessionals that do an incredible job,” he said. “And let’s not forget child nutrition that has to prepare meals.

“Early in the morning, five o’clock in our transportation department, the buses start rolling. And you have the maintenance that — I guarantee you — if the lights go out, they’re calling. And our custodians. If a teacher walks in their room and the garbage has not been emptied, that makes for a horrible day.”

He called it a puzzle where every piece is 100 percent important.

“There are people who may not see or understand what we do,” Porterie said. “But anytime an individual gets up in the morning and comes into a classroom — in secondary you might see 140 to 160 kids sometimes in one day. You’re not doing that just because it’s a job. You’re doing that because you have a heart for kids.”

The Jan. 26 event is a kick-off to the City of Port Arthur’s 125th anniversary celebration. The event begins with cocktails at 6 p.m. followed by the program at 6:30 p.m. The keynote speaker is Port Arthur native and actor G.W. Bailey. Chamber Financial and Administrator Director Joe Tant said the banquet, which can accommodate 842 people, sold out this week.