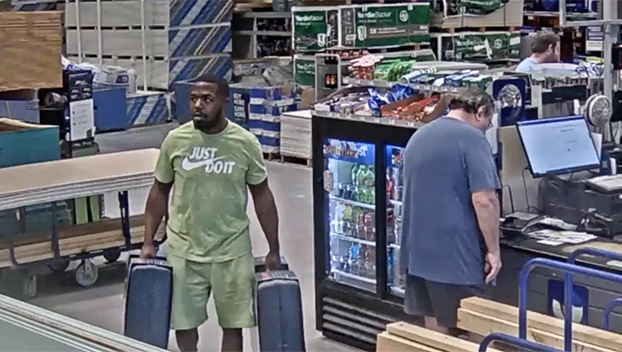 Video was obtained, and police say it shows a man taking two laser levels and leaving the store at 8383 Memorial Blvd. without paying for them.

The suspect left in a small maroon Toyota vehicle, according to Sgt. Timothy Dinger.