See who was named Man, Woman of the Year at 35th annual MLK Day brunch 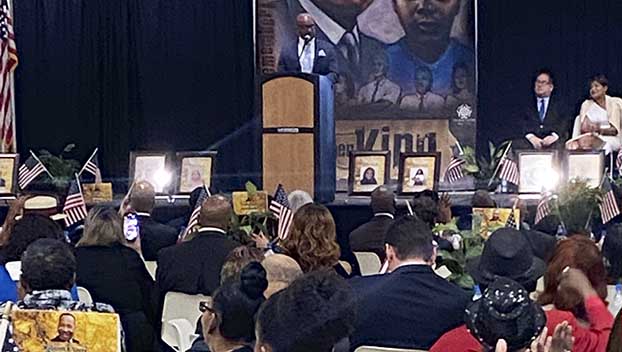 Man and Woman of the Year were revealed Monday and many others recognized during the 37th annual I Have a Dream Bunch.

The Martin Luther King, Jr. program was held at the Robert A. “Bob” Bowers Civic Center in Port Arthur.

Constable Christopher Bates presented a welcome and performed “Lift Every Voice and Sing.” And Councilman Donald Frank gave the invocation.