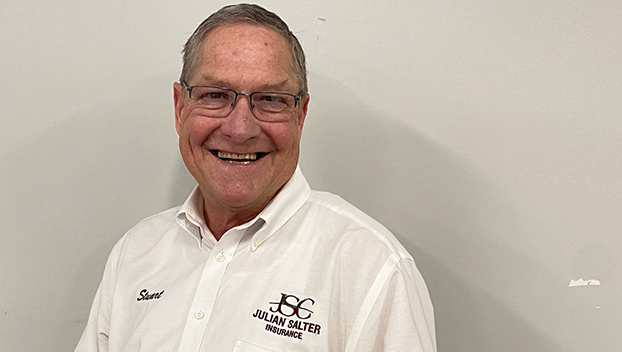 And the new year will be even better, he said.

Salter, president and chief operating officer for Julian Salter Company, elaborated on the many positives he has seen during this past year. He noted roads and drainage have improved significantly, as well as the general look of the community due to the enforcement of ordinances.

With proper management, the city can prosper and thrive, he said, as he made note of the city manager and city council.

Randy Sonnier is the incoming chairman for the Chamber, who will officially take office during the Greater Port Arthur Chamber of Commerce’s 123rd Annual Banquet set for Jan. 26 at the Bob Bowers Civic Center.

Coming up next month, delegations from Port Arthur, Beaumont and Orange will head to the State Capital for Golden Triangle days in Austin. The Feb. 27-28 event brings together business leaders with government officials to discuss priorities for the area from education and workforce development to transportation, economic development and healthcare.

The Chamber has a part in this and has been working with officials in the other areas on key issues. This year Orange will take the lead, Salter said.

The important thing to remember about GTDA is that industry sees the entire community, not just city limits.

Pat Avery, president and CEO of the Greater Port Arthur Chamber of Commerce, sees Salter as a valued member.

“Stuart has been an outstanding chairman of our board,” Avery said. “We added 131 new members to the chamber, which is the most probably since I have been here and would imagine the most the Chamber has done in one year.”

Avery said Salter has been an active chairman, engaging without being in the way.

“He’s a leader that sets high standards and strategies and focuses on the things that need to be further developed and leaves alone that which doesn’t,” she said.

The Chamber President said she had to call on Salter a lot during his year in office due to some challenges, none of which were financial.

“He was always available, always present and always open and receptive with excellent feedback,” she said. “I’m gong to miss him a lot.”

During Salter’s tenure came the restarting of many businesses that had been slowed down due to the pandemic as well as new ventures.