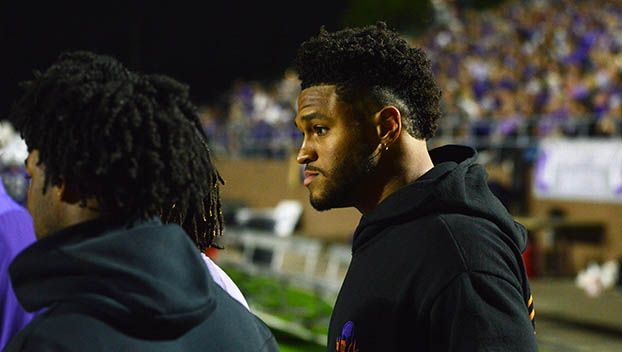 Texas senior running back Roschon Johnson is skipping this month’s Alamo Bowl and declaring for the 2023 NFL Draft.

The Port Neches-Groves graduate made things official Friday afternoon on his social media channels Friday afternoon, but the news was expected when earlier this week he accepted an invitation to the Reese’s Senior Bowl.

“First off I want to thank God, my family, teammates, coaches and friends, who have helped me along my journey here at Texas. Coming to the University of Texas was a dream come true and I have experienced so much in my time here,” Johnson said in social media posts.

“To each and every single one of my teammates I have played with at Texas, thank you. Without you guys, I would not have been able to have any type of success as a player. I have made lifelong bonds and relationships that go beyond the field.”

Johnson thanks his college coaches for the opportunity to play at Texas, adding he met many great people that just so happen to be coaches.

He made special note to acknowledge the positive impact his academic advisors and training staff for their support.

“I want you guys to know I gave this university all of me, even if it wasn’t seemingly the most convenient thing to do,” Johnson said. “I devoted myself in every way possible to get this university back on the pedestal it should be at.”

He said is excited to embark on a new chapter in his life and fulfilling his lifelong dream of playing professional football.

The Port Neches-Groves native and former four-star quarterback from the Class of 2019 is one of the leaders on the Texas Longhorns football team. Johnson has 2,079 career rushing yards on 372 carries with 24 total touchdowns (21 rushing, two receiving) during his time on the Forty Acres.

The fourth-year running back converted from quarterback his freshman year and has played in 35 career games with four starts. Johnson was named to the 2022 preseason watch list for the Doak Walker Award, named a fourth-team All-Big 12 Preseason selection by Athlon Sports in 2021, and a two-time Academic All-Big 12 First Team selection (2020-21).