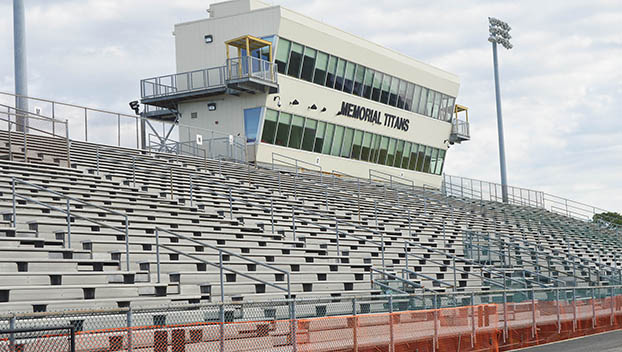 Memorial Stadium has seen a lot of action in its 86 years of existence, from sporting events to graduations and more.

The work is in connection with $195 million bond approved by voters in 2014.

Port Arthur Independent School District Superintendent Mark Porterie said the work consists of a variety of elements, including repair to the column base plates under the press box that have significant deterioration, paint upgrading, cleaning and removing surface rust from the steel structure under the press box, replacing missing channel clips under the walk surface at the home and visitors side bleachers, installing fasteners to the existing chain link fence under the bleachers on the home and visitor’s sides and installing new chain link fence in the sections that are in a bad condition. 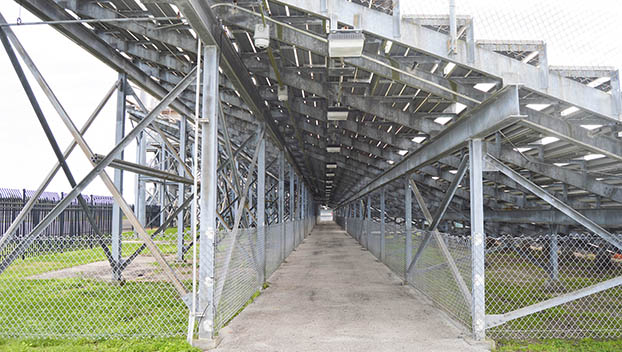 The work at the stadium kicked off recently and will continue into the new year in order to be completed by the next football season.

Board President Debra Ambroise said the work would maintain the overall integrity of the facility in terms of upkeep and maintenance.

Bandon Bartie, board vice president, explained the district works to maintain the bleachers and other areas of the stadium while keeping it clean and up-to-date with the funding allocated in a timely manner and fashion.

The stadium’s name predates the formation of Memorial High School.

New turf and jumbotron were previously added to the stadium.

The stadium seats up to 12,200 people, according to previous district statements.