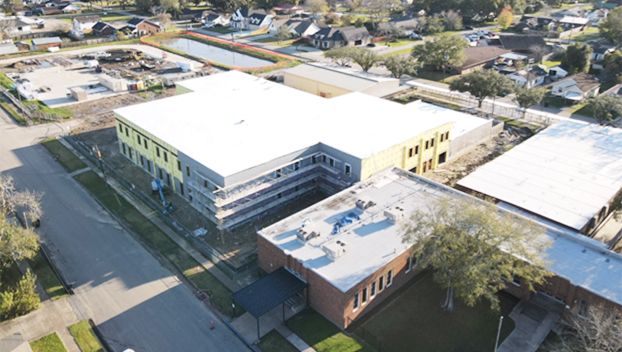 NEDERLAND — Youth education in the Nederland Independent School District is going to have a different feel eight months from now.

That’s when administrators plan to redirect fifth graders out of the middle schools and unveil campus upgrades across the district’s four elementary schools.

Superintendent Dr. Stuart Kieschnick and construction leaders with HB Neild sat down this week with Port Arthur Newsmedia to outline the timelines and student movement.

Improvements to Langham, Helena Park, Highland Park and Hillcrest elementary campuses will conclude and open to students in August of 2023, and at the same time fifth grade students — currently taught on the middle school campuses — begin receiving instruction at the elementary campuses.

Nederland ISD administrators expect approximately 800 students per elementary campus for the 2023-24 academic year. The facilities could comfortably hold 900 students if enrollment called for it. 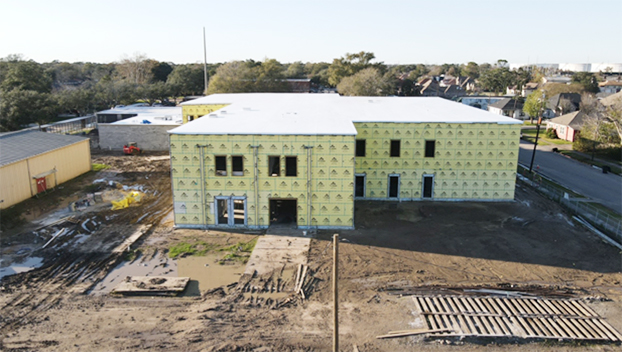 Langham Elementary School construction is scheduled for completion by the summer of 2023.
(Courtesy photo)

“We started this bond for a reason, and the voters voted for it to improve facilities and improve the educational process,” Kieschnick said. “Part of that improvement was to move those fifth graders down to the elementaries, back where they really belong for their psychological, emotional and mental development. It is better for those students to be around the younger kids than the older kids.”

Nederland ISD received an “A” overall accountability rating this summer from the Texas Education Agency, obtaining a score of 90/100 for a district with 4,995 students. The district earned an “A” in school progress and academic growth, and a “B” in relative performance.

To maintain that rating, Kieschnick says administrators must look to the future and make necessary adjustments.

“Education changes every day, and we are going to adjust and change with it,” he said, which calls for upgraded campuses across the district.

The other three campuses have the same footprint, with upgrades hidden from the front view because they are behind the school with a new wing for students to utilize.

“The biggest change to all four schools is the ability to stack cars on the school property and not on the street,” Bean said. “That will be at every campus from the elementary to the high school.”

Speaking specifically to Langham, HB Neild President Thomas Neild said one of the most interesting aspects is taking note that there have been generations of Nederland residents who started their educational careers going through Langham.

“A large majority of that building still stands,” he said. “We’re able to double the size of the campus and bring together the old architecture elements with the new architectural elements. It will be exactly what that neighborhood needs to meet the needs of the students. You don’t very often get to work with districts that save buildings like that.”

• Upgrades to Central Middle School and C.O. Wilson Middle School are expected to be ready for August of 2023, when the campuses will serve students in sixth, seventh and eighth grades.

• Construction of Nederland High School finishes in January of 2024. A move-in date for students is not set, but August of 2024 is a strong possibility.

• Bulldog Stadium completes renovations before the beginning of the 2023 football season, which includes installation of a new press box in the Spring of 2023.

Editor’s note: Port Arthur Newsmedia will expand on the upgrades through additional reporting throughout the rest of December.