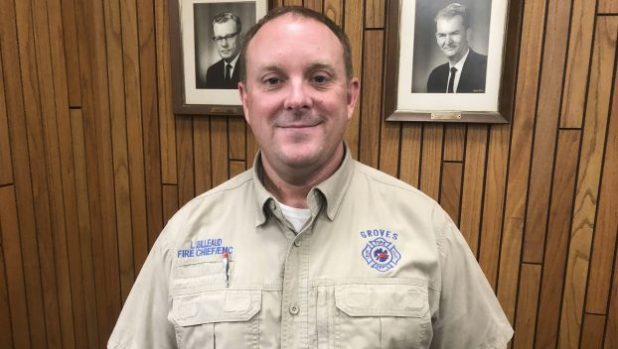 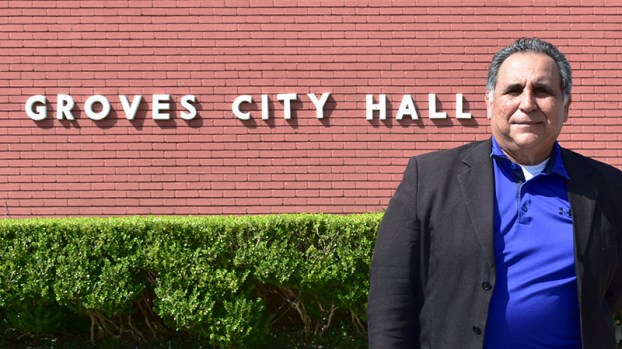 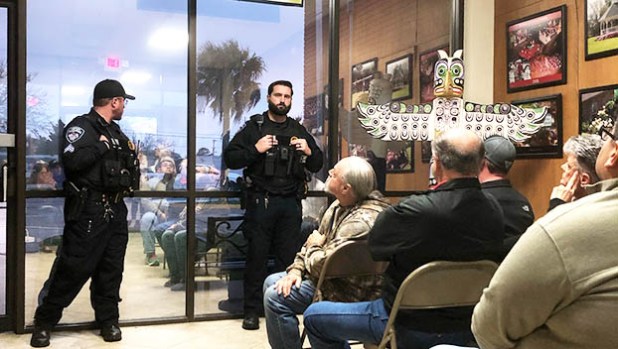 Both council chambers and an overflow room were full Thursday during a special called meeting of the Groves City Council. (Monique Batson/The News)

GROVES — After two decades as city manager, D.E. Sosa has submitted a separation agreement to the City Council that was accepted Thursday night in a special meeting.

Nearly 100 people were in attendance, filling the chamber quarters and an overflow room that had police presence, for the 5 p.m. meeting.

After nearly two hours in executive session, council members returned to announce they accepted Sosa’s separation agreement and would eliminate all other agenda items except to appoint an interim.

“Chief Billeaud is a respected member of this city and also a great point of contact for all of our employees,” the mayor said. “He has been in a management role. He is very well liked, very well trusted and I believe that all of this staff will do a great job of helping him…with what we’ve got coming. I truly believe that he will do whatever is needed for this city.”

Dugas asked if Billeaud had considered the position.

“Yes ma’am, I understand,” Billeaud said. “I get a lot of them as it is. It’s hard to speak right now based on what’s going on, but I know that it will be a smooth transition with somebody from the city. I have a very good rapport with all of the department heads down to the lowest guy on the line.”

Borne thanked everyone for attending, and thanked Sosa for 20 years of service, to which he received a standing ovation.

“I would be remiss if I didn’t thank all of the people who are here to support me,” Sosa said. “I appreciate it greatly from the bottom of my heart. This is going to be the best Christmas I’ve ever had, because I see the people that came out to support me. I was well represented and I can’t thank you enough.”

Billeaud has been with the Groves Fire Department for 25 years with nearly three as chief. He said he will maintain his position while assuming the interim city manager role.

“I have a good staff. They can pretty much run themselves,” he said. “I don’t micromanage, so I can devote a lot of time to doing the job.”