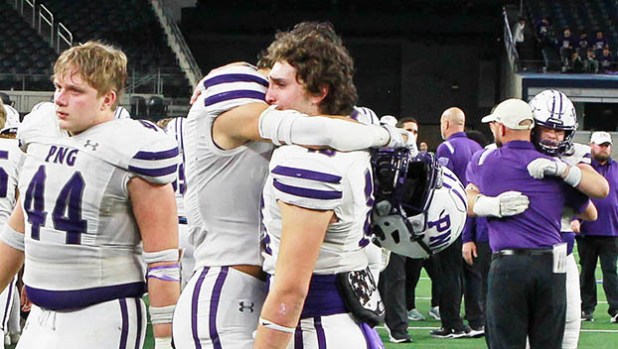 Teammates turned into brothers this season at Port Neches-Groves.(Mark Pachuca/Special to The News) 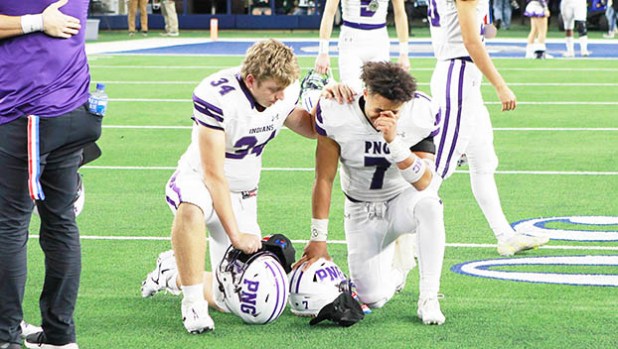 Players were there for each other after Friday's tough loss. (Mark Pachuca/Special to The News) 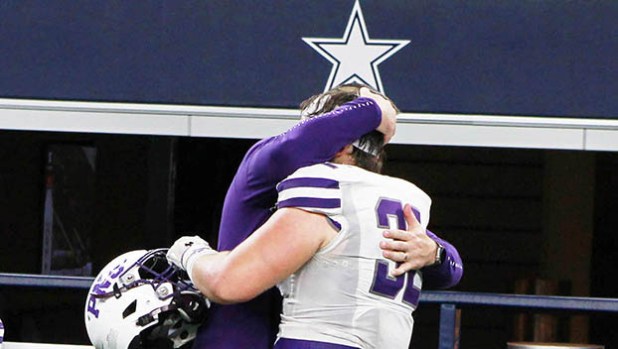 A new coaching staff moved quick to teach and create bonds with student-athletes. (Mark Pachuca/Special to The News) 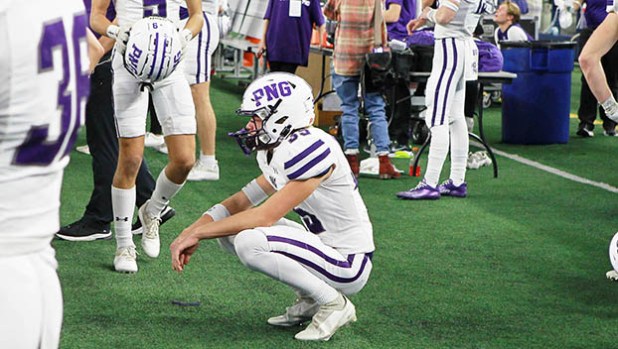 After a great season that included an 11-game winning streak, the season ended fast on Friday.(Mark Pachuca/Special to The News) 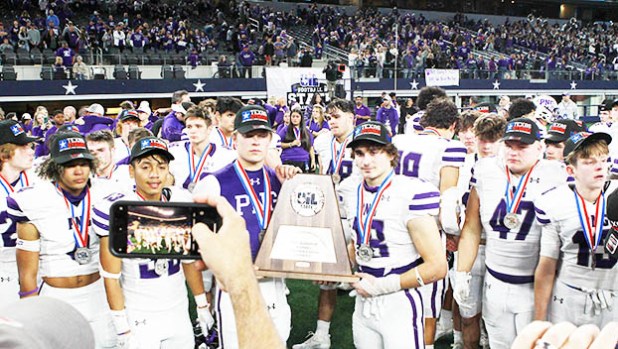 Friday Night Football is big in our state, and it might be its biggest in Southeast Texas.

That was certainly experienced first hand this week as the communities of Port Neches and Groves were joined by so many neighbors in support of the PNG run to the state title game.

The sheer turnout of purple-clad fans at AT&T Stadium in Arlington will not soon be forgotten. The first unofficial count was 32,100 in attendance.

Those memories of an amazing ride are the true rewards from this terrific football season, which finally came to an end Friday night.

It’s just too bad the Indians came up one game short after leading on the first half Friday night.

I had a great chance to talk about that this week with Port Neches-Groves High School principal Scott Ryan and PNGISD school board president Scott Bartlett. Each have unique positions of leadership within their community but also share a connection. They are each parents of 12th graders at PNG.

Ryan feels like he is living a dream because principal of the very school he attended is his dream job. Now his senior daughter is an Indianette.

“I think this will be one of those things the kids will look back on years later,” he said. “Right now, they are just living it, going game to game. They know about the support and have heard about it.

“We’ve always known what the community is like. We have the support. I don’t know if I have every been to a PNG game, home or away, where the opposing team had more fans than us. This is something special when you make a run like this.”

He remembered coming back from the Indians’ semifinal victory in Katy, when so many from Port Neches and Groves stopped at Buc-ee’s.

“They were amazed,” Ryan said. “I had a real nice man from Baytown tell me, ‘I’ve never see this place look like this before.’ It is so hard to put into words, having lived it.”

Before the football season, Ryan remembers being interviewed on the first day of the 2022-23 academic year.

He wasn’t thinking about winning a state championship, he was just picturing what his students could accomplish.

“I mentioned, and I am obviously biased here, this is one of the best senior classes that we have had,” he said. “They are so involved. They support each other. They go to all events. They went and watched the band this year. To be a small part on the sideline of something like this is kind of overwhelming.”

Scott Bartlett is in a similar position. He is more than a school board member, he is the father of a 12th grade member of the Purple Pride Band.

He is going to miss Friday nights because 2022 has been about more than just football.

“I am watching our Indianettes, our twirlers, watching our band,” he said. “These kids are getting to do something they dreamt about. They played in NRG, they played in Cowboy stadium. I mean, it doesn’t get any better than this, especially for our seniors. They are going out on a high.”

As a fan and father, he called it unbelievable.

“To see the community get so excited about our football team, our band, the Indianettes, our cheerleaders, it’s been a wild ride and a lot of fun,” he said.

There were plenty of stars along the way, but no doubt, the ride ended up being the most important part.

These are moments and experiences that will remembered for years to come. And, ultimately, it won’t have anything to do with final scoreboards or specific plays on the field.

Our best memories from this year and this run ultimately come down to our favorite moments spent with those closest to us. And that is true spirit.