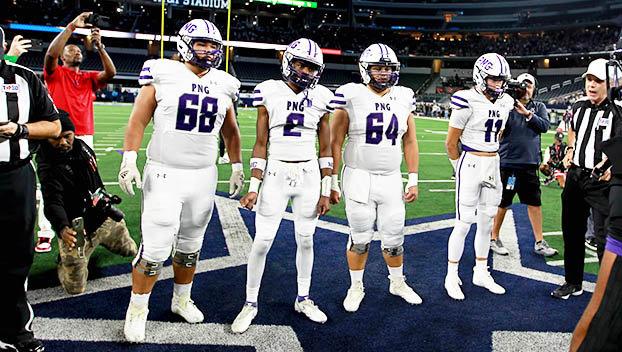 ARLINGTON – A massive second half by Dallas South Oak Cliff was too much for the Port Neches-Groves to overcome as the Bears nabbed their second consecutive Class 5A Division II state title with a 34-24 victory over the Indians at AT&T Stadium Friday night.

It marks the end of a superb season for the Indians and first-year head coach Jeff Joseph. PNG won 11 straight games before bowing out in front of a huge crowd of purple faithful in “Jerry World.” 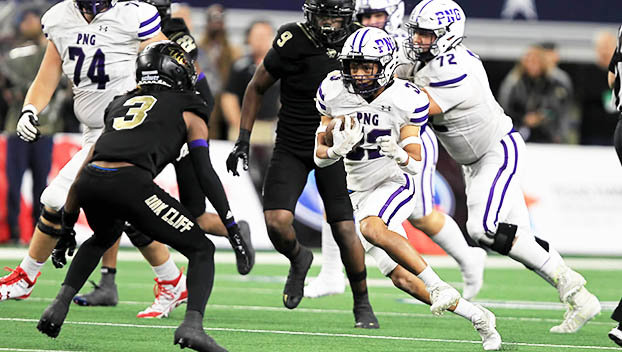 The Bears finished with 339 total yards and limited the Indians to 244 and just 65 in the second half.

Junior running back Isaiah Nguyen led the Indians arsenal with 159 yards on 22 carries. He was just the third player to rush for more than 100 yards against the Bears all season.

Indians quarterback Cole Crippen was 2-of-8 for 70 yards and an interception before leaving with a shoulder injury late in the game. Receiver Shea Adams stepped in at quarterback and completed 4-of-7 passes for 41 yards and a touchdown and rushed for 40 yards on 10 totes. Chance Prosperie had four catches for 55 yards.

The Bears capitalized on Indians miscues on three occasions, snagging two safeties and had an interception return for a touchdown.