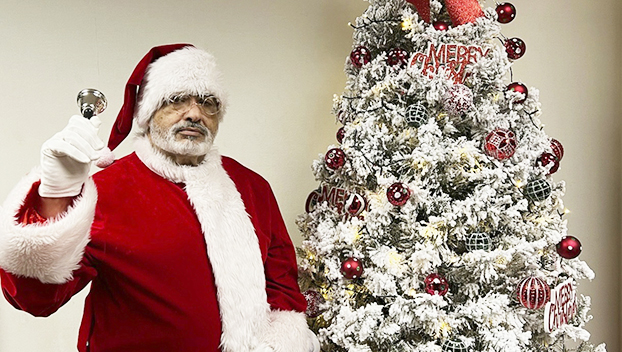 Justice of the Peace Ben Collins is offering free weddings through Dec. 22 and will officiate them as Santa on request. (Courtesy photo)

Through Dec. 22, “good” couples from anywhere in the state are eligible for a free wedding by Justice of the Peace Ben Collins, who will also officiate as Santa on request.

“This is the first time we’ve done it for Christmas,” Collins said. “We’ve done it for Valentine’s Day for the last four years. We decided to give back and do something for the community.”

Although the judge has been going above and beyond for couples for years. Now in the first year of his second term, Collins offers free weddings to active or retired military personnel, first responders and those in the health care field year-round.

But Collins enjoys joining in the celebration. 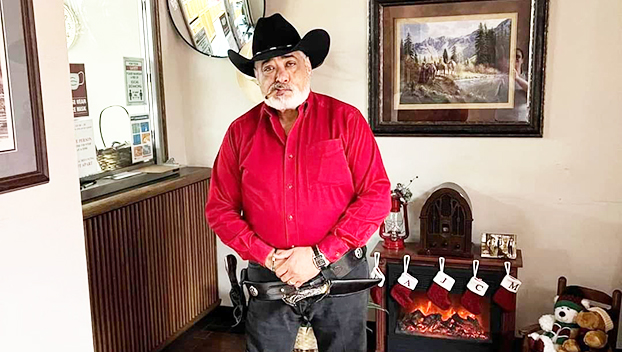 Judge Ben Collins has performed weddings for a variety of themes and dresses accordingly. (Courtesy photo)

He keeps Ring Pops in the event rings aren’t available. And he’s accommodated a number of themed ceremonies.

“We had a couple going to the Renaissance Festival and were dressed in pirate costumes,” he said. “The whole group — bride, groom, coordinator and their friends were all dressed as pirates. We had a courtroom full of pirates.”

Once, a member of the armed forces asked if he could bring his service animal. The Labrador carried the rings around his neck.

“Whoever gives the bride away sits on the bench as an honorary judge,” Collins said. “I stepped out of the room, came back and there was a dog in my chair. Labrador hair and black robe don’t go together.”

And he even keeps a cowboy hat for those wanting a Western theme.

“We improvise,” he said. “We like to make the weddings as special as possible for the couples. It’s a de-stresser for me as a JP with all the bad things you see. We see two people in love and help them out.”

Those wanting to schedule a free wedding at Collins’ courtroom, located at 1085 Pearl Street in Beaumont, are asked only to have a marriage license and call 409-835-8457 first to schedule an appointment.

According to information from the office of the Jefferson County Clerk, those wanting to obtain a marriage license must do so at least 72 hours prior to the wedding. The license expires after 90 days.

Both parties musts be in attendance to obtain one, and the cost is $82.

Couples who undergo the Twogether in Texas class from Texas Health and Human Services can forgo the waiting period and have the cost of their license reduced to $22 following completion of the eight-hour class.