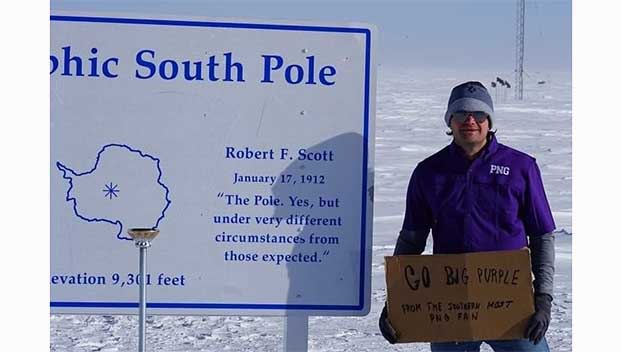 As members of the Port Neches-Groves community head to Katy to take on Liberty Hill in the Texas high school football semifinals, people from inside and far outside Mid County are showing their support.

The City of Nederland posted on Facebook a picture of the city’s logo in purple.

“Best of luck to PNG tonight,” the post read, with a cheeky comment following that says, “But don’t forget that the Bulldogs had PNG on the ropes until the last minute of this year’s game.” 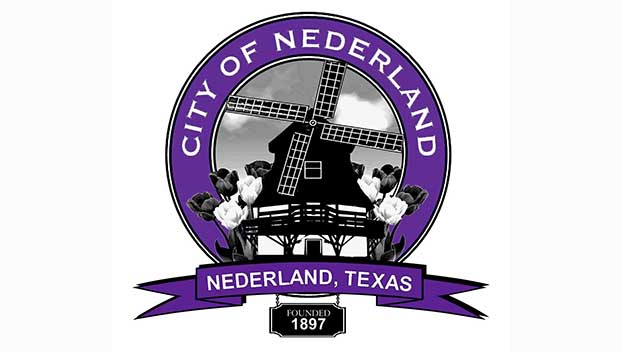 A photo posted by the City of Nederland. (Courtesy photo)

PNG native and chef Zeke Mills posted his support from the South Pole.

“Despite being 8,300 miles away from home living my life at the bottom of the world my support for the community that made me than man I am and the PNG Football Team is as strong as ever,” he wrote.

“Best of luck tonight boys. I’ll be there in spirit cheering the team on. Unfortunately we go into the dark here and lose satellite connectivity right before kickoff, so I’ll be waiting patiently until it comes back up to find out the results.

“Much like trying to explain to people how special it is living and working at the South Pole it’s quite similar when I try to explain what it was like growing up in such a supportive and tradition rich community. It’s hard to understand if you haven’t experienced it. Those games at the Astrodome during the 1999 State Championship Run and my time playing in 2003 and 2004 will forever be cherished memories.”

At about noon, PNGHS posted that the PNG side of Legacy Stadium had sold out of tickets. Fans are able to purchase tickets on the on the home side but are required to site there.