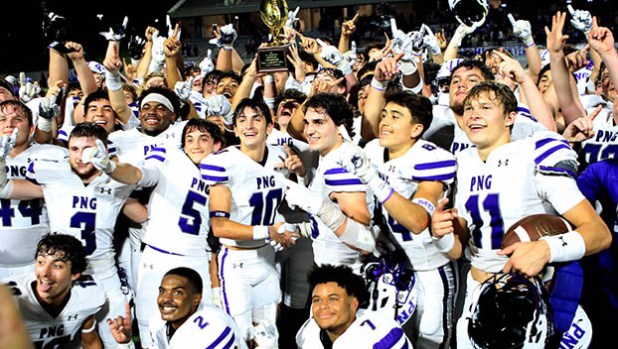 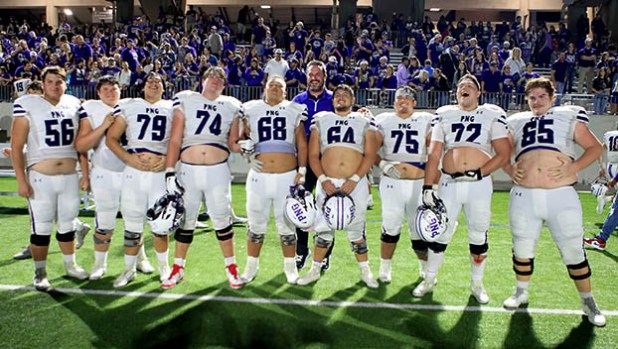 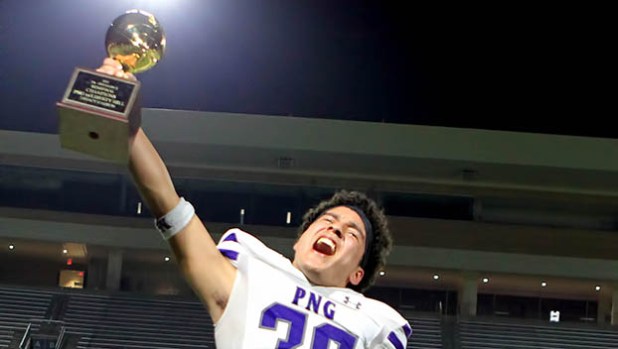 Sebastian Agudelo captures how all his teammates were feeling after the win. (Mark Pachuca/Special to the News) 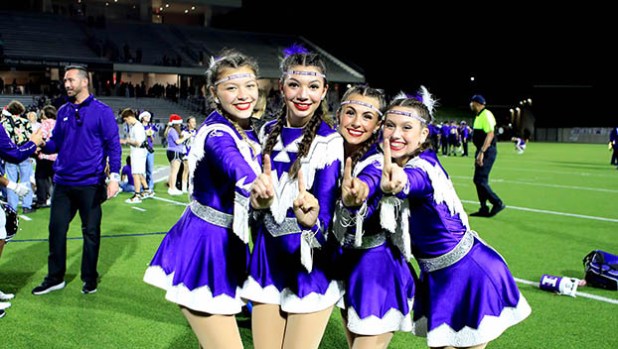 Indianettes show off their school spirit. (Mark Pachuca/Special to the News) 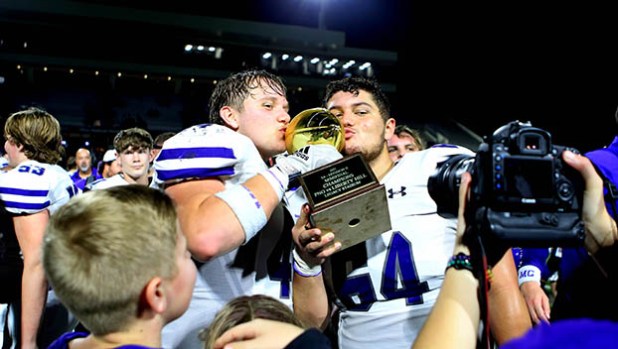 Indians players had plenty of fun with the trophy following their win. (Mark Pachuca/Special to the News)

Friday night was about efficiency and sustaining drives on offense and scoring when the Indians had a chance to score.

That was how Port Neches Groves coach Jeff Joseph summed up the semifinal victory over Liberty Hill, 42-14.

“Our defense played as hard as they have all year,” he said. “The last few weeks, they’ve been unbelievable. The effort they played with and speed at which they played with has been awesome.”

PNG, who is riding an 11-game winning streak, now faces Dallas South Oak Cliff in the Class 5A Division II state championship game next Friday at 7 p.m. in Arlington at AT&T Stadium.

“Our scout team did an incredible job this week,” said Joseph. “They really bought in and went full effort for the team. They knew they had a difficult task ahead of them. Coach Bradley did a great job of getting them rolling on the scout team. Those guys really took pride in it. I think we ran 120 running plays in Tuesday’s practice. That’s a testament to those guys and they helped our team win tonight.”

Junior Isaiah Nguyen led the way offensively with a game-high 261 yards on 31 carries. Shea Adams rushed 11 times for 23 yards and scored two touchdowns. He also caught three passes for 13 yards and one touchdown.

The Indians defense held Liberty Hill to just 247 yards of offense, all coming on the ground.

“They (Liberty Hill) did some stuff early to take away our outside receivers and they had a good plan going in,” said Joseph. “But our offensive line adjusted quickly, and our coaches made some adjustments on the sideline. We leaned on the offensive line and the running game, because that’s the strength of our team. They make us go.

Joseph said advancing this far in the playoffs “means everything.”

“Not too many teams know when they will have their last practice of the year, but our kids know we have three more now,” said Joseph on what it means to practice one last week. “It’s an awesome feeling and I’m so excited for our seniors and our community right now.”